The most effective member of Parliament was Irina Lutsenko – study 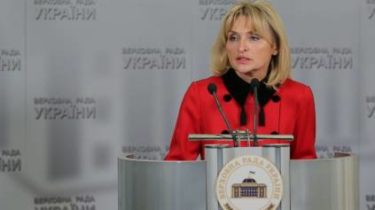 The most effective member of Parliament was Irina Lutsenko – study

Among the deputies of the Verkhovna Rada of the most successful was the Deputy from BPP and the representative of the President in Parliament Iryna Lutsenko.

This was reported by the Institute for public policy and consulting (INFOLIT) according to the analysis of the legislative activity of the Verkhovna Rada during the VIII session, which began on 6 February and ended on July 13, 2018.

In the asset Irina Lutsenko 4 of the bill, where she was the first author and 8, where she was a co-author. According to the methodology of analysis were taken into account only the laws that were adopted during the last session. Each parliamentarian received 2 points for every BP adopted the draft law, where he was the first author and 1 point for each bill where he was co-author.

The top ten most effective legislators includes 7 deputies from the faction of the BPP, 2 of the “popular Front” and one of the factions of the Radical party Lyashko and “Rebirth”. 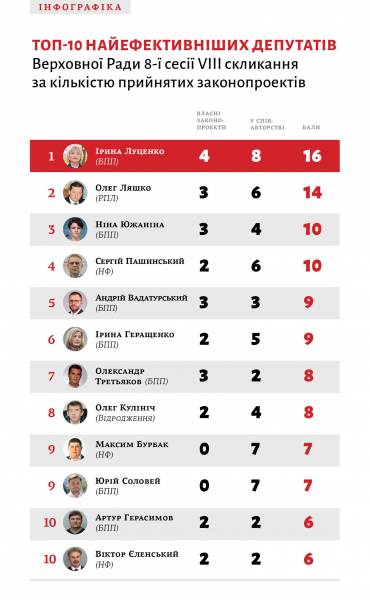