Klitschko boasted updated steps with a hem on Pasaco. Kiev criticized the design 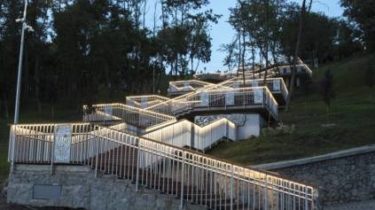 Klitschko boasted updated steps with a hem on Pasaco. Kiev criticized the design

They were outraged that the city is not embedded inclusion.

Today in Kyiv with the participation of the mayor of the capital Vitaly Klitschko opened the refurbished staircase with Landscape alley on the Hem – it is part of the tourist route to St. Andrew’s descent.

This was reported in the KSCA. 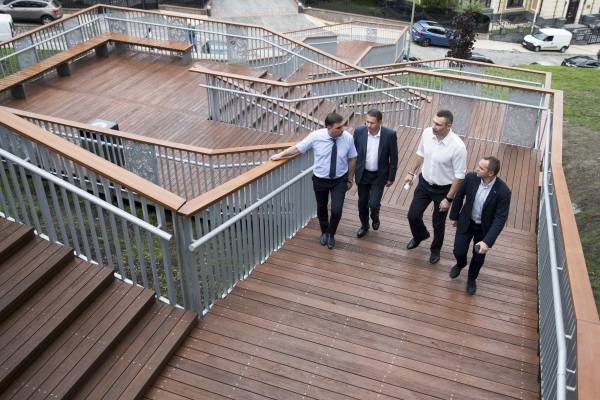 Next to the stairs planted area, reinforced slopes, in the alley, a tourist route has built a public restroom.

Also installed surveillance cameras and there is a zone Wi-Fi access. In Kiev, boasted that it had set up the observation deck, installed new benches, bins and LED lighting areas.

“I am pleased today to present the updated stairs with Landscape alley on the Hem, to the tract, Potters Kozhemyaka. This area is an important project. We reconstructed not only the stairs. Today we present the part of the tourist itinerary in the historic centre of the city,” said Klitschko at the opening.

In the future I plan to complete the route near the Arch of Friendship of peoples.

New stairs were made of concrete, but the steps, as before, wooden – durable and weatherproof ThermoWood. 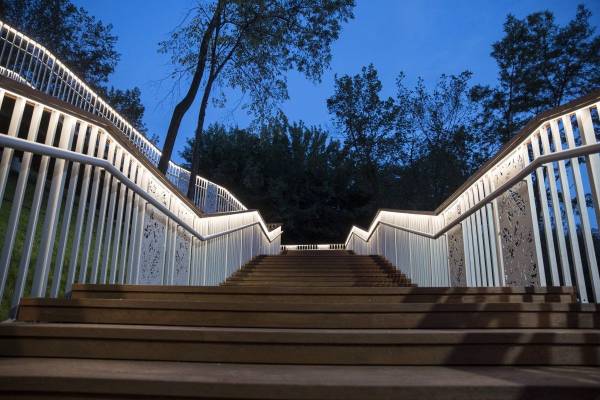 UNIAN
In the evening the steps are illuminated by LED lighting installed in the railing.

Their length is more than 200 meters. In the evening the steps are illuminated by LED lighting installed in the railing. 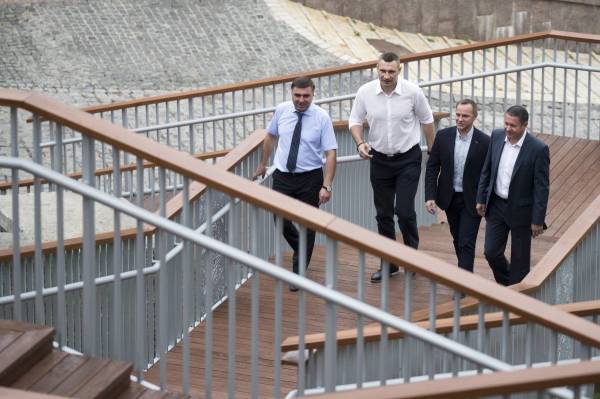 UNIAN
New stairs were made of concrete, but the steps, as before, wooden

However, in comments to the Department of public communications of the KSCA with the image of a ladder angry residents leave angry comments. They are surprised that the new project was not provided the ramps – thus, people who use wheelchairs, in fact, not be able to move up the ladder. 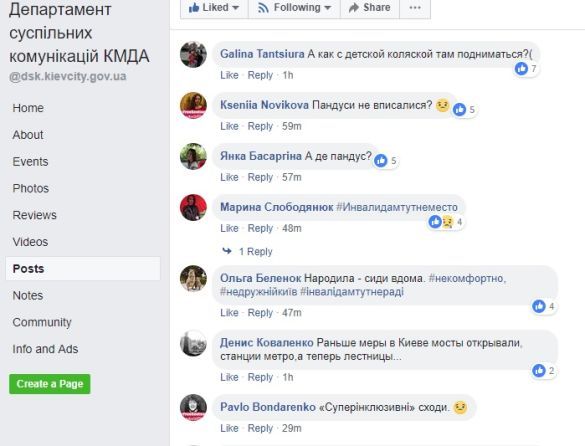 At KCSA has answered reproaches of the people: in the press-service after the opening of the ladder agreed that the ramps still was worth doing. 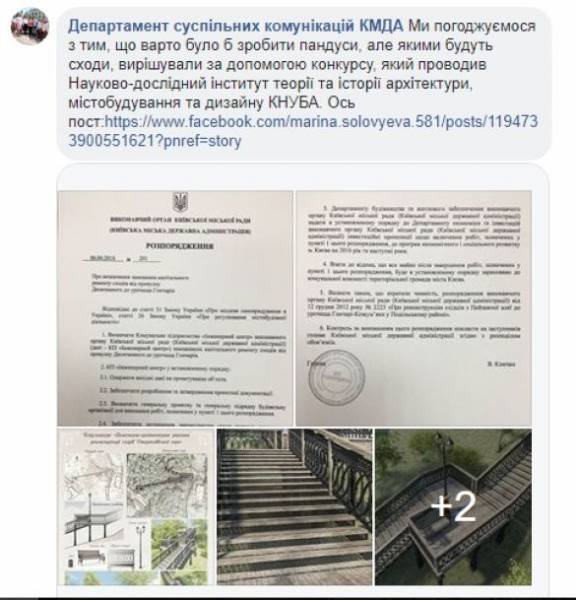 However, at the same time noted that the competition was held by the research Institute of theory and history of architecture, urban planning and design KIYV – obviously trying to shift the responsibility for the result on its professionals, to involve users of Facebook.

We will remind, the Deputy Minister of regional development, construction and housing and communal services of Ukraine Lev Partskhaladze said earlier that from September 1, the pedestrian zone will be design to fit the needs of people with disabilities.