Poured paint Shabunin received a chemical burn of the eye 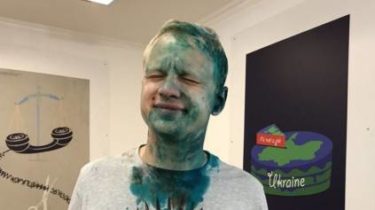 Poured paint Shabunin received a chemical burn of the eye

Shabunin said that action to protect the Holodnitsky “herded grandmothers, children and the police.”

The Chairman of the Board of the “center of counteraction of corruption” during the action for resignation of Golodnitsky received a chemical burn of the eye.

This is evidenced by a certificateposted on Facebook-page of the organization.

“Hello, friends! Sorry, I’m with my eyes closed, got a chemical burn, which I did defenders Golodnitsky, obviously, you guys Avakov,” — said Shabunin in the video.

According to him, the action of the CPC allegedly wanted to disrupt the “grandmother paid for 80 hryvnia, which did not know where they stood”, and its members led the head of the socialists Ilya Kiva, which, according to him, is “friend of the interior Minister Arsen Avakov”.

“And there were guys in sports uniform, who poured in my face, the brilliant green”, — he said.

Chairman of the Board of GIC Vitaliy Shabunin explain what happened today, under the walls of SAP.

Published by the Center for Combating Corruption Tuesday, July 17, 2018

Shabunin says so “Avakov have trimmed their commitment to Holodnitsky”.

Also, the anti-corruption action Center said that the campaign to protect the Holodnitsky “herded grandmothers, children and the police.”

Shares had a few buses with police officers and many police civilian form. At CTC claim that one of them provoked the activist, and it, in turn, defended colleagues. Subsequently, in the end, he showed the certificate of the representative of the police.

Said after the attack with brilliant green went to the hospital

Also in action were teenagers who said that “they work”. As reported in the organization, one of the grandmothers admitted that came on the stock for 80 UAH.

Most of them held posters “NABOO is corruption,” “Stop intervene in the work of Holodnitsky” “Sytnik enemy of the Ukrainian people”, etc, but to explain why they came to the walls of SAP, no one could.

As soon as the planned action on the resignation of Holodnitsky arrived the Chairman of the Board of CTC Vitaly Shabunin, his face poured brilliant green and threw cakes “Roshen”.

The CPC noted that the police immediately began to arrest the attackers, although they did not hide.

Subsequently to the action of provocateurs had joined the journalist Vsevolod Filimonenko, who is suing Vitali by Sabumnim.

“He, in particular, have also grandmothers, who in front of cameras handed out to 100 UAH, ostensibly to support Shabunina on action against Gorodnitskogo. By the way, the Filimonenok and his company were posters with slogans of activists, which he found in social networks”, — stated in the message.

Transparency International Ukraine urges police and prosecutors to investigate an attack on Shabunina and punish the attackers.

“July 17 activists of anti-corruption organizations came to the peaceful rally under the walls of Specialized anti-corruption Prosecutor’s office. Unfortunately, the police are unable to ensure the safety of its participants”, – reads the statement of TI.

In the organization also drew attention to the negative trend: the use of violence against activists of the anti-corruption movement remains unpunished.

“The police still did not answer who burned the office of the Rivne newspaper “Fourth power”, who organized the attack on the judge-accuser Larisa Golnik who attacked the Odessa activist Vitaly Ustimenko. Also note the delay of the police in investigating the death of an activist from Kharkiv Nicholas Bull,” said the activists.

A yet called this situation a “disgrace for the judicial system”.

“We demand attention from the leadership of law enforcement agencies to these cases and report about their investigation,” added TI.

We will remind, in Kiev near the building of Specialized anti-corruption Prosecutor’s office unknown persons threw cakes of the Chairman of the Board of “Center of counteraction of corruption” Vitaly Shabunin and doused it with green paint. Subsequently, the victim was taken to the hospital.

We will remind, earlier Filimonenko and Shabunin sued during a skirmish near the capital of the military. The head of the Center of counteraction of corruption was given a summons three soldiers, accompanied by guys with a camera. At the same time said assured that he is unfit for service for health reasons, and call the recruiting office has organized one of the officials. After that, antikorruptsionera came to the Dnieper in the Kiev military registration and enlistment office to find out why he received a summons. Near the building he had a verbal altercation with an activist blogger from Luhansk region Vsevolod Filimonenok, which subsequently burst out Shebunino in the face from a gas spray.

Prosecutor General Yury Lutsenko admitted that the blogger, who was hit said, provocateur. 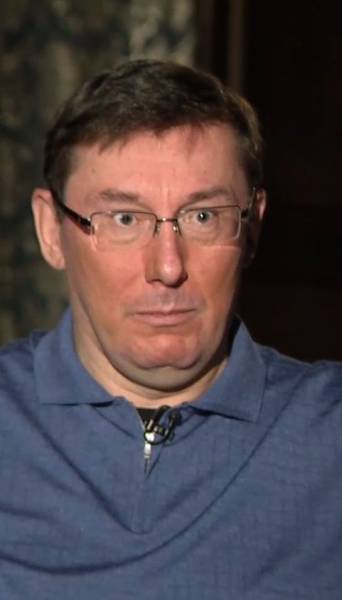