With Merkel and Yanukovych for 4 hours, with trump for 20 minutes. Putin is late for the official meeting 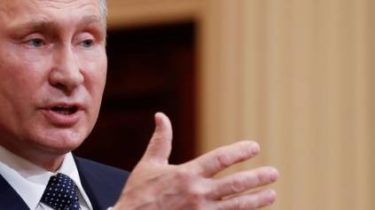 With Merkel and Yanukovych for 4 hours, with trump for 20 minutes. Putin is late for the official meeting

The Russian President has led many politicians to wait for him.

The President of Russia Vladimir Putin arrived late to a meeting with the President of the United States Donald trump, which was held in Helsinki on 16 July. The American leader was forced to wait for his companion of 20 minutes.

In Japan prepared for the arrival of Putin’s “Russian borscht”. The Russian President was late

At the time “unlucky” and the former President of Ukraine Viktor Yanukovych in 2012, Putin was late for a meeting with him for four hours.

Like late Russian President at the meeting with politicians – see infographics Dnia..