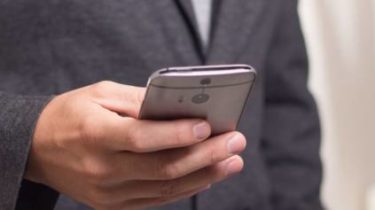 While checking the quality of communication, the mobile operators did not provide objective data.

In Ukraine sharply increased the number of complaints of subscribers on the quality of mobile communication.

This was stated by the Chairman of the National Commission for regulation of communications and Informatization (NCCIR) Alexander Zhivotovsky during the government meeting, UNIAN reports.

“5 months of this year we have more complaints about coverage than in all of last year. Why is this happening? If you ask the industry, we have to build infrastructure, we issued a license, each base station needs to be reconstructed, while under construction, and can be a temporary problem. Construction will continue this year and next. The second is the access to the infrastructure. Third – theft cables. The situation with these blatant thefts. The following suppliers. Globally there are 4 equipment supplier. Two – American-European, two Chinese. One of them, ZTE company, in April, came under U.S. sanctions and, accordingly, from April, the office does not provide any services to the operators who use this equipment.So you understand, it’s about 40% of the equipment of the largest mobile operator in Ukraine”, – said Zhivotovsky.

Today the issue of sanctions, which came ZTE, have already decided.

Meanwhile, while checking the quality of communication, the mobile operators did not provide objective data.

“On behalf of the Cabinet of Ministers conducted inspections. But how did it happen? We have a moratorium, and such grounds, as the decision of the Cabinet, this legislation does not. So we reached out to operators that they willingly invited us to check. Invited 4 of 6 operators, but invited such a way that they showed that wanted to show – well, the results, as you can guess, as allegedly there is no problem. We don’t like it, because statistics says the opposite things,” said Zhivotovsky.

For inspections operators are required to update state standards 2010, as well as to adopt a unified methodology to measure compliance with these standards.

“Under the current standard, a case where you have in the phone no network, impossible to make a call should not happen more than five times in one hundred attempts. The absurdity is that nobody told over what period – a month, quarter, year. Accordingly, in this standard there are no requirements to Internet, no 3G, no 4G”, – said the head of NCCIR.

Meanwhile, the government adopted a plan to improve the quality of mobile services in Ukraine.