Russia gave the court information about the condition of Sentsov 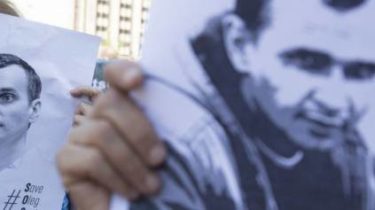 Russia gave the court information about the condition of Sentsov

In the near future the ECHR will also be served a lawsuit against the Ukrainian political prisoners illegally held in Russia.

Russia sent information about the state of health of the Ukrainian Director Oleg Sentsov, who was illegally held in Russia, the European court of human rights.

This was stated by the Minister of justice of Ukraine Pavel Petrenko, reports “Interfax-Ukraine”.

As explained Petrenko, Ukraine has applied in accordance with the special paragraph of the regulations of the ECHR regarding the immediate obligations of the Russian Federation to provide information about the condition of Sentsov, to ensure access of doctors and in fact free from illegal content at the fact that he continues the hunger strike.

“In the coming weeks will be submitted another comprehensive claim for all political prisoners in the ECHR. We delayed the filing of this lawsuit, hoping that diplomatic means will be able to agree on the return of Ukrainians to Ukraine, but we see that with each passing day the chances decrease, because the aggressor state and its leadership is completely cynical about Ukrainian prisoners,” – said the head of the Ministry of justice.

According to Petrenko, after final consultations with the foreign Ministry will be sued, the essence of which boils down to the fact that “the Russian Federation is the persecution of Ukrainian citizens on a national basis and that these citizens do not use any elements of justice.”

“The lawsuit is ready, it remains only to make the final decision, not to hurt the Ukrainian people in Ukrainian prisons”, concluded the Minister.

Recall that Ukraine has already filed 5 cases against Russia in connection with the annexation of Crimea and the conflict in the Donbass. Two cases concern violations of human rights in the Crimea, two human rights violations on the Donbass, and also one case of removal of children from the occupied territories to Russia.