The case of Paul of Mushroom: after reading the accusations of terrorism, the case was sent back for revision 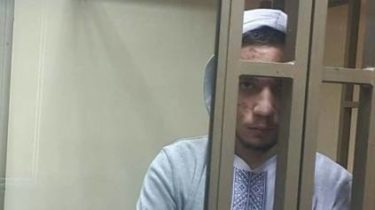 The case of Paul of Mushroom: after reading the accusations of terrorism, the case was sent back for revision

The guy may be sentenced to 10 years in prison.

In Rostov-on-don began the first substantive meeting in held in Russia Ukrainian Pavel Mushroom, who is accused of promoting terrorism.

This was announced on his page in Facebook the journalist Irina Somaliska.

As noted, the meeting was attended by Paul’s mother Mary Mushroom, as well as the Ukrainian Consul and of Ukrainian and Russian journalists. The process started in the open mode.

According to the prosecution, the guy convinced (in conversations and correspondence in Skype) Russian girl Tatyana Ershov, to produce explosive and detonating it at a school meeting. The girl allegedly disliked “teachers, students and all Russians”.

In Rostov read the indictment Pavel Mushroom. According to the prosecution, he declined (in conversations and correspondence in Skype)…

In turn, the Fungus is not Paul pleaded guilty to charges of promoting terrorism. According to him, during the investigation was marred by numerous violations.

Subsequently Somaliska said that the panel of judges of the North-Caucasian district military court in Rostov decided to return the case of the Fungus to prosecutors for revision.

“Because the paper had indicated the old version of the article, which includes 8 years in prison. And already there is a new version – it of the Fungus could be sentenced to 10 years,” she explained.

We will remind, Pavel of the Fungus was lost on 24 August 2017 in Belarus. The guy went to the city of Gomel to a meeting with the girl, whom he met in social networks. Later it became known that he is in the remand prison of the Russian city of Krasnodar. He started having health problems, but the Ukrainian doctors, it has not made.