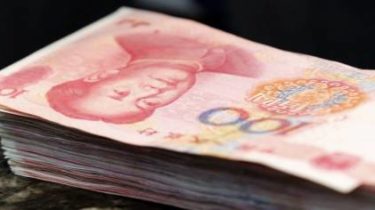 This year it is planned Eurobond issue.

Ukraine is preparing to increase their borrowing, planning to resume issuing bonds in euros and for the first time to consider the issue of bonds of external debt in such currencies as the Chinese yuan.

This was told by acting Minister of Finance of Ukraine Oksana Markarova, reports Reuters.

The head of the Ukrainian Finance Ministry said that the country would borrow in dollars and to increase the issue of bonds in their national currency, trying to cope with large debts and to reduce sensitivity to exchange rates that arises because a substantial part of its borrowings denominated in us dollars.

The Finance Ministry said the reduction of government debt

“Some time has passed since then, as we issued bonds in the Euro… but we can also investigate other markets,” said Markarov.

On the question of whether to include the Chinese yuan, she said, “It can be”, adding that this will not happen this year.

Bond issuance in Euro may happen this year, depending on market conditions, said Markarova, but questions about other currencies such as Renminbi, will be considered in the future.