The GPU has closed the case about a “fake” diploma Groisman 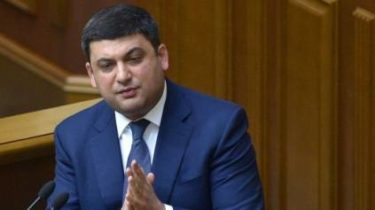 The GPU has closed the case about a “fake” diploma Groisman

After checking the “fake” turned out to be the accusations against the Prime Minister.

The General Prosecutor of Ukraine closed the case on higher education Volodymyr Groysman. The Prime Minister was accused of a fake diploma, according to a story TSN.19:30.

According to the biography of the head of government, he has two higher education: in 1999 graduated from the Vinnitsa Institute of regional administration, and in 2003-m – the Interregional Academy of personnel management. In both institutions he received his education in the specialty “jurisprudence”.

What kind of diploma checked – in Prosecutor’s office don’t specify. He Groisman the decision to cease production commented on my own page on Facebook. “Of course, not forged. Because the diploma is real and honest,” he said.

Videogo closed the case on the document on higher education Groisman

Vladimir Groisman, according to his biography, two of higher education. In 1999, he graduated from the Vinnitsa Institute of regional administration, in 2003 the Interregional Academy of personnel management. What kind of diploma was checked in the Prosecutor’s office did not specify.