The national Bank changed the method of calculating the exchange rate 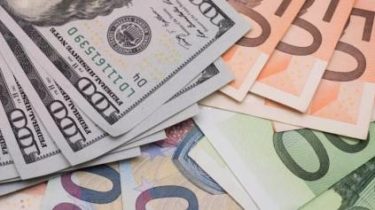 The national Bank changed the method of calculating the exchange rate

The course will be to publish on the website two hours earlier than it is now.

From August 1 the national Bank of Ukraine on a new will calculate the official rate of hryvnia to the dollar.

“The official rate of hryvnia to US dollar will be calculated taking into account all transactions for the purchase and sale of U.S. dollars on terms of “TOD”, “Tom” and “spot”, who on the day of calculation of the official rate was banks on the interbank currency market of Ukraine with other banks and the NBU, and the information which was provided to the National Bank trading and information systems appropriate to 15-30 workday,” write the NBU.

The introduction of new methods brings it closer to international standards for calculating similar indicators, and will allow you to use the official exchange rate of hryvnia to US dollar is not only for accounting purposes, but also as a benchmark of the currency market at the conclusion of the participants of market transactions.

From 31 March 2015, the NBU changed the procedure for establishing the official rate of the hryvnia and the mechanism of its calculation. Since then, the official hryvnia exchange rate is calculated at the end of the working day on the interbank currency market for the day and takes effect from the next working day.

The national Bank has shown a new design of banknotes in 20 hryvnia. Photos and infographics