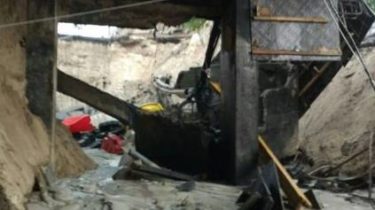 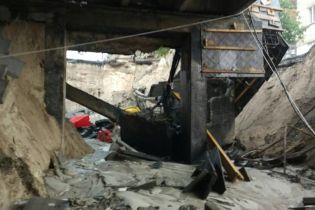 The collapse occurred due to the leaching of soil.

In Kiev as a result of the downpour was hit by a construction of an overpass at the intersection of Helena Teligi and Cyril.

This is reported by users of social networks.

Overpass collapsed due to leaching of soil. Now the utility blocked traffic in both directions. To the fact for several months and was reconstructed bridge.

According to the head of the KSCA for emergency situations of the Novel Tkachuk, the result of the collapse no one was hurt.

We will remind, on Wednesday, July 25, Kiev passed a strong downpour, which flooded roads and underpasses. The storm damaged a contact network transport. In “Kyivpastrans” announced the operational position and temporarily cancelled a number of routes.

If the car is flooded. The lawyer told how to receive compensation for damaged cars

In the network of Kiev actively publish photos and videos of flooded roads, and also ridicule the conversion of Kiev to Venice as a result of heavy rain.