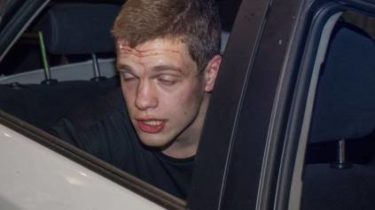 The result prepares the arguments for restraint.

10-year-old girl was killed on a pedestrian crossing in the centre of Kiev, when his mother crossed the Lesi Ukrainky Boulevard on a green light. 23-year-old driver of a Hummer hit a child and drove on, says the story TSN.19:30.

The driver was detained by the police, as a preventive measure it must consider on Thursday. In addition to accidents with serious consequences, the driver is charged with another and leaving a person in danger. Suspicions on both articles already agreed upon by the Prosecutor’s office of Kiev detained and declared in the presence of his lawyer.

She and her mother crossed the Boulevard of Lesya Ukrainian at the green light. To detain 23-the summer driver, the police managed within a few hundred metres away: he stopped on the roadside, tied up room and at first, say witnesses, pretended not to understand, about what speech. 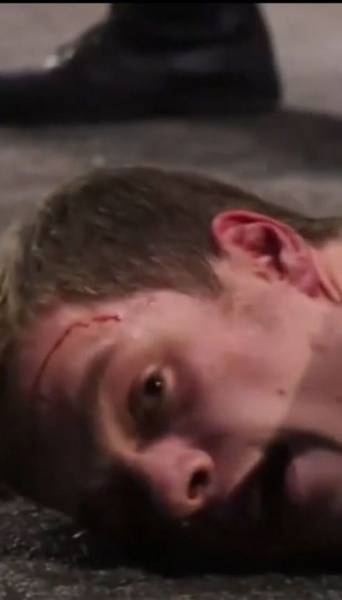 Nastya tried to resuscitate several teams of physicians, and her mother, in front of which it happened, to the last hoped for a miracle, but it did not happen. A witness of the incident Arseniy gaenko, first called police. The man says that he heard the sound of a powerful blow as soon as he crossed the road. “Next ran the children was their mother. Left, like, six seconds. The boy ran, and I hear a shot behind. The sound of a car which accelerates and you hear the blow” – said from Kiev. According to him, people went on a green light when all the cars stopped, but the jeep runs all drove around and knocked the child.

Nastya with her parents – citizens of Russia. To the house where we lived in Kiev, they had to overcome only a pedestrian crossing. After the collision, the SUV dragged the girl about 50 meters and after that the driver never even got out of the car – the car just stopped for a while, and then drove on. To detain 23-the summer driver, the police managed for several hundred meters – he stopped on the roadside, tied up room and at first pretended he did not understand what was going on. “First there was calm. When he realized what had happened, began to resist. Police had to take appropriate steps to handcuff him”, – eyewitnesses speak.

Later it became known that the detainee is Kirill Ostrovsky, a former boxer and founder of the company for the sale of sweets for athletes. In the capital, he has multiple stores. Connected with sports and father of Kirill, who justifies his son’s behavior. Oleg argues that the son did not run away, but only stopped in a permitted place and rushed to help.

Partners and friends of the driver of the Hummer that killed a child, please do not cover accident – Mosiychuk

Despite the resonance and cluster of television cameras, drivers on the same transition do not stop to break even during the day. Lesi Ukrainky Boulevard has three free lanes in each direction, and if you go to the city center, it is actually a descent. And when drivers see a yellow light, most try not to brake, and slip. At the same time the pedestrian crossing there is only ground.