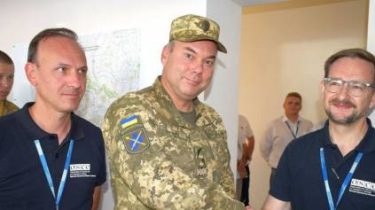 The meeting was held in the town of Bakhmut.

On Friday, July 27, the Secretary General of the OSCE Thomas Greminger met with the commander of joint forces General Lieutenant Sergey Nevim.

The meeting was held in the city of Bakhmut in the Donetsk region, said the press service of the EP.

They talked about compliance indefinite ceasefire, which was announced on 1 July. Also New introduced Greminger the humanitarian situation in the Donetsk and Lugansk regions. 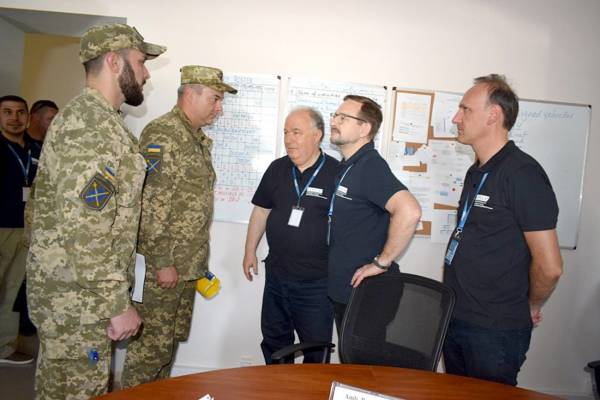 During the meeting, New urged the Secretary General to strengthen the effectiveness of the Special monitoring mission of OSCE in Ukraine on the Russian-occupied territory by the occupying forces. Said of the continued violations of the ceasefire by militants, using weapons banned by the Minsk agreements.

The OSCE Secretary General has arrived in Ukraine

The Secretary General of the OSCE Thomas Greminger arrived in Ukraine and met in Kiev with Deputy foreign Minister Vasily Bednarek.