The largest drop in history: Facebook in one day lost more than $ 100 billion The largest drop in history: Facebook in one day lost more than $ 100 billion

The company’s shares fell by nearly 20%.

Shares of Facebook for one day have fallen by 19%, the company lost in the stock market more than 100 billion dollars. This is the largest decline not only in the history of Facebook, but any company in the world to trade its shares on the stock exchange.

Shares of Facebook fell sharply after the publication of the quarterly report of the company. It says that revenue for the three months increased by 42% and exceeded $13 billion, but analysts expected that this figure will be higher.

Zuckerberg confirmed that RF interference in the U.S. presidential election via Facebook

In addition, the Finance Director of Facebook David Weiner said the slowdown in revenue growth in the third and fourth quarters.

We will remind, on March 17 it became known that the British-American company Cambridge Analytica collected in 2016, the profile data of 50 million users of the social network Facebook without their consent. After that, the company and Facebook was at the center of the global scandal.

As it turned out, the purpose of data collection was the creation of the software for election campaign of the then candidate for US President Donald trump, the prediction of electoral decisions. As a result of data analysis Cambridge Analytica announced the termination of its work.

The founder of Facebook, Zuckerberg agreed to speak at the European Parliament about the scandal with Cambridge Analytica. During the hearing on may 22, he admitted that the social network has made all efforts to prevent the spread of fake news to foreign interference in the elections and abuse of information. “We are not sufficiently aware of our responsibility. It was a mistake and I do apologize for that,” said he.

In July the British government put the social network Facebook a fine of more than $600 thousand because of the cooperation with Cambridge Analytica, which led to the leak of personal data of millions of users.

This writes the Agency “Bloomberg”. According to his sources, the business now engaged in by the Federal trade Commission. Facebook accused of violating user privacy. First of all, the Commission is interested in the security system social network. After the scandal Facebook has lost at least $ 60 billion. 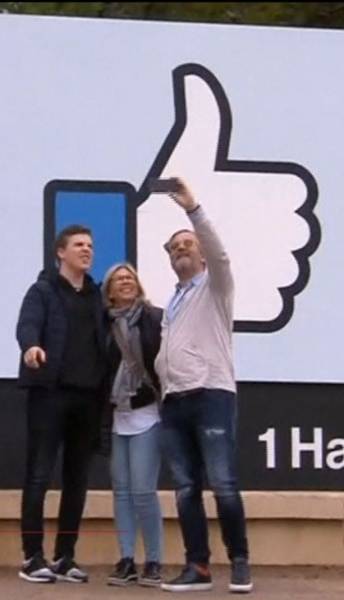