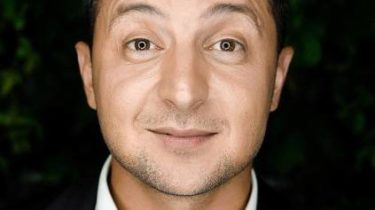 She stressed that young people are waiting for the change leaders.

The next presidential election campaign will be interesting because of the emergence of new players in “field regions”.

In an interview with “Ukrainian truth” said the MP from the “popular front” Victoria syumar.

Danilko about his presidential ambitions: I however do not see

She noted that “a young niche of the East and South” is empty, so it may take a new person. On the question of whether to go to the polls comedian Vladimir Zelensky, the MP said: “I think so”.

“At least this niche of young East and South, remains completely empty. On the Eastern field, running smartly in the category of old politicians. Rabinovitch tries somewhere to show that he’s some kind of new, but I think they agree among themselves and will be concentrated in one candidate. But none of them will go to the young niche. Moreover, this niche can be expanded at the expense of the big cities that is constantly want something new and bright. Big cities want something new and preferably not similar to another,” – said syumar.

She also noted that if the singer Svyatoslav Vakarchuk together with Zelensky will go to the polls, they very seriously will change the political map.

“If they do not go to the polls, then in principle we can say that we have leaders — Tymoshenko, Hrytsenko, Boyko and Poroshenko. If they Vakarchuk and Zelensky, to predict the outcome of the elections is extremely difficult. They can get very seriously from all who are not undecided, and it is 25%. If people are uncertain in respect of old politicians, so they are waiting for something new. I often hear the phrase that we at to the point that the singer, comedian, may be candidates for the presidency. In fact, this vote not so much for Vakarchuk or Zelensky. This vote with figs in the pocket of the old politicians who took,” – said syumar.

Videoke has a chance to become President: Vakarchuk and Zelensky ahead of Poroshenko in the survey

In the survey the Ukrainians who see the next President, now Yulia Tymoshenko wins with 10%, the second place – Vladimir Zelensky. Acting President of Ukraine, according to the survey, now shares fifth place with Boyko and Lyashko. 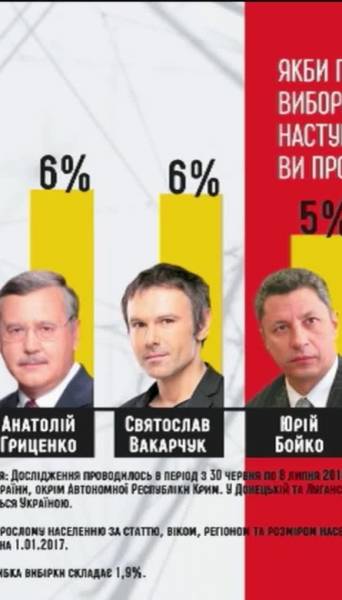 According to recent polls, as of July 2018, the leader of presidential rating remains Yulia Tymoshenko, for her ready to vote for 17.1% of those who take part in the vote and have already decided on the choice.