The situation in the Donbas: 30 attacks, a Ukrainian military wounded 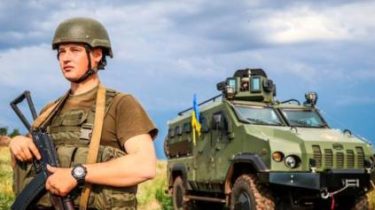 The situation in the Donbas: 30 attacks, a Ukrainian military wounded

The militants did not use Minsk agreements prohibited weapons.

For the last day, July 29, fighters ORDO 30 times opened fire on Ukrainian positions in the Donbas, causing one soldier APU were wounded.

In the Luhansk region fighters with superior forces attacked positions of the OOS: a 2-hour battle is lost

“The enemy 30 times opened fire on positions of our troops. Minsk agreements prohibited weapons were not used… Over the past day in the fighting, one soldier of the United forces were injured”, – stated in the message.

It is noted that during the shelling militants used rocket-propelled grenades, heavy machine guns and small arms. In General, the fire was on all fronts.

As reported the press center of the EP, during the fighting was wounded two militants. Within the current day Ukrainian positions opened fire eight times.

We will remind, during the day, July 28, in the area of operations of the combined forces of two Ukrainian soldiers were lost, two got wounds. Occupier 25 times opened fire on positions of Ukrainian troops, including three of the Minsk agreements prohibited weapons. According to the staff, for the day during the fighting four of the occupants were killed, six more wounded.