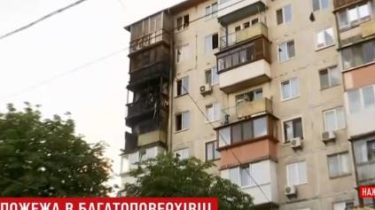 The flame is not visible, but still there is smoke.

Firefighters took control of the situation in the house in Nivki. Previously, there was a fire, which spread to several apartments, according to a story TSN.19:30.

Completely burned out apartment on the sixth floor, the room above her rescuers try anything to save. Now open there is no fire – at least it is not visible from the street. But it remains the smoke.

The fire occurred in the house on International square. The flames spread from 5 to 8 floors. To evacuate used extension ladders. 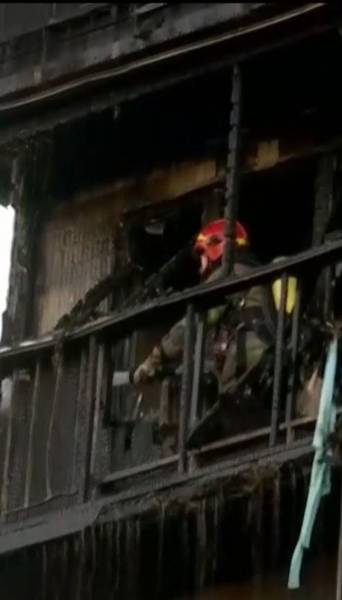 In the area there are traffic jams due to the overlap of adjacent streets and clusters of SES equipment. Near high-rises deployed a rescue headquarters, from where coordinate the actions of firefighters. As of this moment the information on victims, the residents of the house managed to evacuate to the street. Some of the people in tears asking to return to the apartment to check whether he survived the property.

In Koblevo on the beach, a fire broke out. One woman suffered burns due to explosion of gas cylinder

As reported, in Kiev lit up a residential high-rise building, people were evacuated by firefighters with ladders. The fire occurred in the house on International square.