Kyiv family with triplets is still living in 2-room Khrushchev 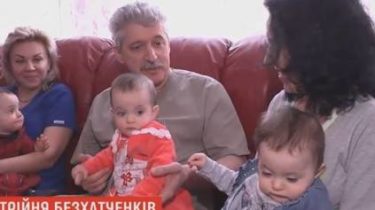 Kyiv family with triplets is still living in 2-room Khrushchev

Housing from city people have to wait 20 years.

Metropolitan family Medun has eight children and huddled down on the 45 square meters. In January was born triplets, and all live in 2-room Khrushchev, says the story TSN.19:30.

The eldest boy in the family for 19, Junior Nike, Vick and Vita only six months. The fact that they will have triplets, the family was a surprise. Parents say that now they are a little simpler, because all summer, except for the kids, more are on the street. To repair the premises, the parents do not have time, and characterize the situation briefly: “the Armageddon”.

Videoscaseros 45 square meters. A large family of 10 years can not get subsidized housing

To survive and stay happy down on the 45 square meters. Metropolitan family Medun – 8 children. Of the miracle of the birth of the triplets in the 41-year-old parents TSN told viewers in January. Now the kids have grown, I feel good. And together live in a one bedroom apartment and the apartment have been waiting for almost 10 years. But despite the difficulties referred to themselves as the happiest. TSN has learned what their secret is. 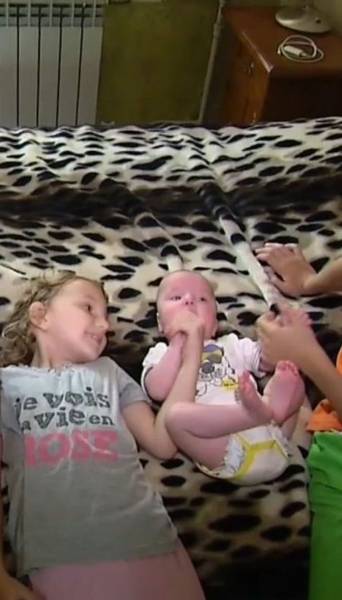 In the apartment turns the family ever since, as it was only three children. When the triplets were born, they are raised by one point. They are now in the region of 20-e and 892. “No one give anything not to be” – feeling parents. While the family was saving bunk beds in the bedroom, but with the advent of three new children adults admit that they do not know what to do and what to expect next. “We were told that allocation of one apartment per year,” he told them.

Garage of regional administration the family also allocate failed. But the center of family and youth greeted the family with the completion of original – set of condoms. Despite all the difficulties, Sergei and Tatiana consider their children a miracle and recognized that happy. “We are the happiest children in the world because we love, care about us and are not thrown in the trash as some” say the children themselves.