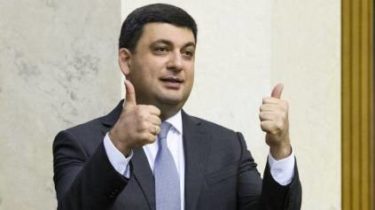 Income of the Ukrainian physicians has increased twice.

In Ukraine, after starting a campaign to choose a doctor in a primary doctors were able to substantially increase their income thanks to the principle of “money follows the patient”.

This was announced on his page in Facebook Prime Minister Vladimir Groisman.

“Odeska oblast: Family doctor KNP “Baltic center for primary health care” signed the Declaration of 1795 patients. In June her salary was slightly less than 5.8 thousand UAH, and in July – more than 16 thousand UAH”, – he said.

This increase of salaries for physicians, according Groisman, there is throughout the country.

At the same time, Groisman said that the income has grown not only doctors, but nurses.

We will remind, on April 2 the first phase of health reform, all Ukrainians must sign the Declaration with the family doctor – an “insurance policy” of each patient with specific list of services.

Acting Minister of health Suprun explained what medical services under the new standards, will be free for Ukrainians. In the list of services includes diagnostics, number of tests, and vaccination and provision of prescriptions and medical certificates.