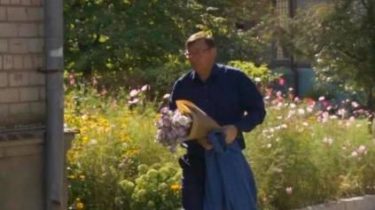 Prosecutor General Yury Lutsenko on Friday morning, August 3, was visited in hospital by the victim after the attack Catherine Gandzyuk.

“In a serious condition. But the spirit, as always, indestructible. Heard her version of the reasons for the attack on her. Taking this into account, decided to transfer the investigation to the Central office of SBU”, – Lutsenko wrote in a posting on Facebook.

Visited the injured Catherine Gandzyuk. In a serious condition. But the spirit is indestructible as always. Heard her version of the reasons for the attack on her….

Procedural guidance will implement the General Prosecutor of Ukraine.

Also genrokuror added that in connection with the series of attacks on activists in recent days he has scheduled a coordination meeting of law enforcement agencies. According to Lutsenko, it is necessary to evaluate not only the attack on Gandzyuk, but the whole situation splice criminogenic and Pro-Russian forces in the South and East of Ukraine.

“Burns to 40%, vision is impaired”. A friend of the victim activist Gandzyuk told about her condition

As said press Secretary Lutsenko Larisa Sargan, the attorney General also called on civil society activists in case of the slightest threat to contact the cooperate with law enforcement authorities, in particular directly from the regional Prosecutor.

We will remind, in the morning of 31 July in Kherson attacked the local activist Catherine Gandzyuk – man was waiting at the door and splashed on the girl unknown liquid, like acid. The woman received burns to 40% of the body. Police released video of the suspect in the attack. The case was classified as “attempted murder“.

Subsequently, the press Secretary of the Prosecutor General Larisa Sargan said that Lutsenko will personally monitor the case regarding the attack on the activist in Kherson.