In the Donetsk region soldiers because of a quarrel, shot the serviceman from the machine 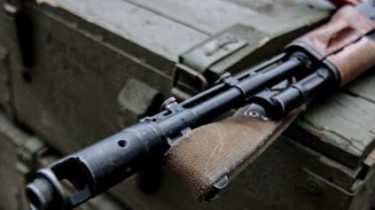 In the Donetsk region soldiers because of a quarrel, shot the serviceman from the machine

The military Prosecutor’s office announced on suspicion of arrested to the fighter.

As the investigation revealed, that day, about 18 hours between a soldier and a senior Sergeant has occurred verbal conflict on the basis of hostile relations. Soldiers get the AKS-74 and put it on fire single shots and shot the Sergeant in the head, in the area of the lower jaw. In the result shot, the latter received a perforating gunshot bullet wound from which he died on the spot.
The suspect was arrested the same day and on 30 July he was elected a measure of restraint in form of detention. During interrogation, he confessed to the murder and confirmed his testimony during the investigative experiment. He is suspected of committing premeditated murder.

Published by the Military Prosecutor’s office of the combined forces on Monday, August 6, 2018.

Recall, July 30, at the military unit in Lozova Kharkiv region in the sewer found the body of a soldier. The victim was 23-year-old heavy assault units of the battalion “Donbass-Ukraine” Konstantin Kazakov. Murder suspects detained.