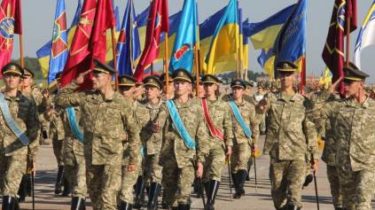 Parade rehearsal will be held on Khreshchatyk 18, 20 and 22 August.

This year in the parade devoted to independence Day of Ukraine will take part 4,5 thousand military and 250 units.

This was announced during a briefing the Minister of defence of Ukraine Stepan Poltorak.

“For the first time in a parade attended by 24 units of the Armed forces of Ukraine, State border service, the security Service of Ukraine, National guard, rescuers, police and other units that perform tasks for the defense of our country”, – said the Poltorak.

First show of new samples of weapons and equipment that have been adopted in the armed forces and in the army.

“Will also be shown samples of weapons, which is a promising and passes the state test,” added the Minister.

According to him, infantry fighting vehicles (IFVs) do not wear rubber pads, since the passage of such equipment does not pose a threat to the road surface.

Parade rehearsal will be held on Khreshchatyk 18, 20 and 22 August.

Recall President of Ukraine Petro Poroshenko has signed a decree to hold a military parade in Kiev on Independence Day in April. The order also defines the thematic solemn, scientific, educational and Patriotic and educational activities in Ukraine and abroad, prayers for Ukraine. For the first time this year, the parade will be box stepping female soldiers.

In Ukraine legalized private houses, built without permits until 2015. The rise in price of bread! The fall of prices for the main product of Ukrainians could rise by almost a third! And in celebrations on the occasion of the 27th anniversary of Independence of Ukraine will take part female soldiers. 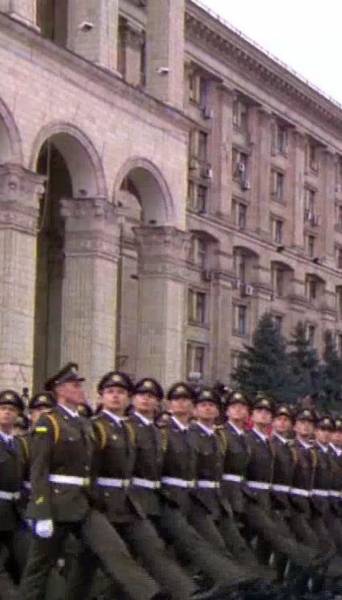