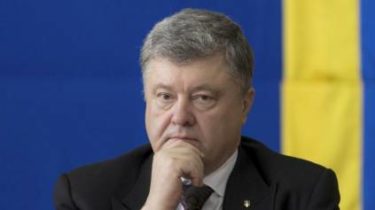 The President of Ukraine on the eve rejected the idea of journalists about his holidays in Spain and property in the resort of Marbella. But in this business there were new details, according to a story TSN.19:30.

“Celebrating life” – such inscription is on a swing, where sits with friend Alexander Poroshenko. This is a photo from a personal page of the girl, it’s only available to friends. In one of the photos the girl sits on the diving Board at the pool. If you compare the entourage around Alexandra to the house, which a few days ago managed to take Ukrainian journalists, as well as satellite imagery, it can be assumed that we are talking about a place. The neighbors of this Spanish estate said that the last time someone from the owners family was there about two weeks ago.

Videodemonstration President explained the absence of Poroshenko for eight days

Was not Spain, but visited the European countries with a private trip – up explained the absence of Petro Poroshenko in the country for eight days. However, this message appeared after reaching the TSN story on the possible vacation of the President in Spain to call the author of the story, during which he denied the fact of his stay in the Spanish manor. 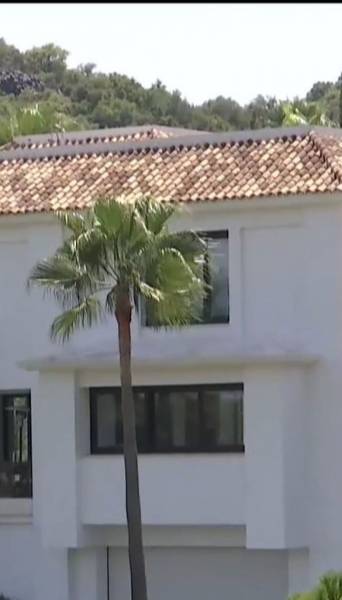 The appearance of the crew in the house was empty, so the journalists decided to check out the other houses which was on Poroshenko or his entourage. The most expensive, according to information from the Spanish registry of real estate belongs to the wife of Deputy Secretary of national security Council Oleg Gladkovsky, a longtime friend Poroshenko. The house is located in Benahavis, in the most gated community Zagaleta close to Marbella.

The most famous mansion in this town belongs to the Russians officially, the Senator from Kamchatka Valery Ponomarev, and unofficially known as the resting place of Vladimir Putin. The estate is located on the highest point of Zagaleta has a high wall around the numerous camera jammers mobile communication. Getting there is extremely difficult – at the entrance check passports and clarify in the estates, waiting for such guests. Gladkovsky Villa is located just 200 metres from the property Ponomarev.

Secret holiday: Poroshenko could have a week rest in Spain

The doors of the manor of Ukrainians opened a girl, very similar to the President’s daughter. She spoke in English and refused to understand Ukrainian, but said that rents a Villa and Poroshenko, she knows nothing. Beside her was a guy who looked like the youngest son of the President, but for a few minutes they disappeared behind the door, and the journalists took armed guards. The request for the stay of the President of TSN was sent to the presidential Administration last week, but it remained unanswered.

Two days later, when the story was ready to air, in TSN called the President personally. He stated that he was not in Spain, but where were his children he does not know. Immediately after the story and conversation with the President came the official press release Bankova, which stated that “from July 29 to August 5, 2018, the President of Ukraine Petro Poroshenko with a private trip was in the European Union to conduct a series of meetings. But reports by some media about the presence of the President during this period in Spain, about meetings with famous Ukrainians do not correspond to reality.” However, no official response nor a phone call and it is not clear, where exactly was Poroshenko for eight days and that made it official plane the whole time at Vienna airport. The answers to these questions during a phone conversation with the journalist, the President gave.