Crimea, the peacekeepers and the demands of the IMF: Poroshenko has held a phone conversation with Pompeo 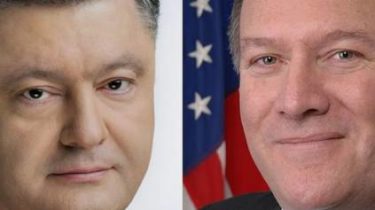 Crimea, the peacekeepers and the demands of the IMF: Poroshenko has held a phone conversation with Pompeo

The Ukrainian head of state thanked Pompeo for “Crimean Declaration”.

The United States supports the sovereignty and territorial integrity of Ukraine and will never recognize the annexation of Crimea by Russia, as was stated in the recent “Crimean Declaration” of the state Department.

This was stated by U.S. Secretary of state Mike Pompeo in a telephone conversation with President of Ukraine Petro Poroshenko, reports the press service of the state Department.

The Ukrainian head of state thanked Pompeo for “Crimean Declaration” and noted the priority the continuation of the movement from non-recognition policy of annexation to the policy of de-occupation of Crimea, adds the press service of the presidential Administration of Ukraine.

The annexation was contrary to international law: which countries supported the Crimean Declaration USA

The two sides also discussed sanctions against Russia, the deployment of UN peacekeepers in the Donbass, the liberation of the Ukrainian hostages and political prisoners detained in Russia and in the occupied territories of Donbas and Crimea. In addition, the parties discussed security issues in the implementation of the project “Northern stream–2”.

Pompeo also welcomed the beginning of the process of launching an anti-corruption court in Ukraine and the adoption of the national security act and urged Kiev to comply with other requirements of the IMF.

We will remind, on July 25, the U.S. Department of State has published the Crimean Declaration, which States that States adhere to their ancient principle of refusing to recognize the claims of the Kremlin on the territory seized by force, in violation of international law. To her immediately joined in Polandand Ukraine welcomed the decision of the two countries and thanked them for their support. Soon the Declaration was also joined by Germany, UK, Denmark and the Baltic countries.

America sends the signal, and Putin did not reach. North Korea may have the bomb, if she doesn’t behave, this vision of world politics is divided Mike Pompeo, which trump as head of the CIA transferred to the Secretary of state, Minister of foreign Affairs of the United States. 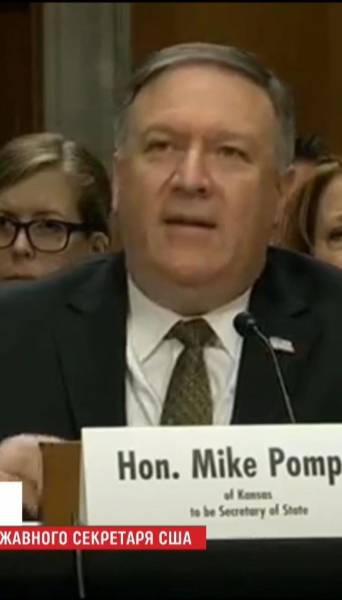 The website of the President of Ukraine
,
The U.S. Department of state