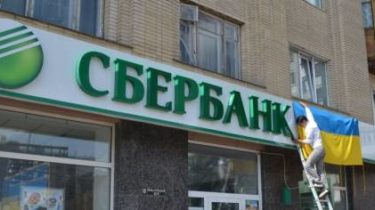 The documents on the agreement is now in NBU.

The national Bank of Ukraine plans to deny the Belarusian state Bank “Paritetbank” in negotiating the acquisition of the Ukrainian subsidiaries of Russian “Sberbank”.

The press service of the regulator said that the Bank now sees no potential buyers for the financial institution. This writes UNIAN.

The regulator is currently considering a re-package of documents from “Паритетбанкf”. Before that, he had already received one rejection. The press service noted that the repeated submission of documents, this discrepancy is not izmenilos. In particular, “Paritetbank” can not qualify to purchase “savings Bank” in Ukraine based on the size of its capital and portfolio. Also in NBU reminded that according to the law of Ukraine “On banks and banking activity”, the regulator considers the documents for approval of acquisition of substantial shareholding within three months from the date of receipt of complete documents.

We will remind, for the first time , the NBU refused “Paritetbank” in March this year in connection with the discrepancy of applicant to the requirements of the legislation. At the end of June, the national Bank has confirmed receipt of a renewed application, “Paritetbank”.

From March 2017 in respect of the Ukrainian subsidiaries of Russian banks, including Sberbank”, “Bank”, “VTB Bank” and “BM Bank”, there are sanctions prohibiting the withdrawal of capital in favour of the parent structures.