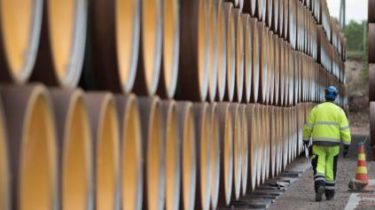 The head of state opposes the construction of “Nord stream-2”.

President of Ukraine urged the EU to strongly defend its own energy security.

“The rejection of the project in the framework of the Third EU energy package and the deliberate failure of “Gazprom” of the Stockholm arbitration in the Affairs of Ukraine is clear and unambiguous signals about the true motives of the pipeline and its potential catastrophic consequences for the European Union”, – he wrote in his Facebook. The head of state urged the European colleagues “as quickly as possible to get rid of the deceptive and disastrous spell of the Kremlin”.

Recall that Washington plans to expand the previously entered against Russia sanctions package. The reason so-called case of poisoning Skrobala. Restrictions may refer to the work of energy companies in Russia that directly affect the construction of “Nord stream-2”. In addition, us legislators have drafted a bill under which sanctions could further hit the Russian energy companies, which will lead to massive problems in the Russian economy.

The head of the government Dmitry Medvedev has called the possible extension of the “economic war”. “Our country in the last 100 years existed in constant of the sanctions pressure. Why is it done? In order to remove Russia from the number of powerful competitors on the international field,” he said.

Video settings, the US Congress introduced a bill on sanctions for the gas pipeline “Nord stream-2”

The authors of the document believe that it will allow countries-members of NATO to avoid coercion and political manipulation on the part of Russia. It is expected that the “Nord stream-2” will be put into operation next year, building permits issued, the authorities of Germany, Finland and Sweden.