Rescuers came from master classes at the Kiev beaches 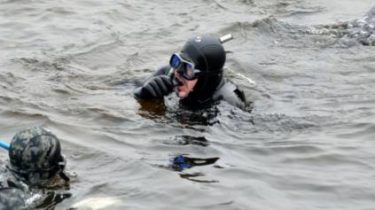 Rescuers came from master classes at the Kiev beaches

High mortality this summer pushing the DSNs for the active preventive action.

Kiev rescuers reached the people in order to show how to pull out of the water of a beach-goer who is drowning, and what to do next. The need for such workshops due to the terrible statistics of deaths of Ukrainians on the waters this summer, according to a story TSN.19:30.

Even if a hypothetical drowning – professional diver, grab and it should be saved back, because panicked people can drown and the Savior. On the Bank the necessary procedures to bring to life. “Free the airway of the victim of unnecessary items, as well as residue from the water. To do this, turn him on his side”, – explained the rescuers. Further cardio-pulmonary resuscitation 30 presses on the chest along an imaginary line in the center of the chest.

VideoCAM to behave on the water and pull the man who is drowning: tips rescue

Kiev rescuers went to the people to show how to pull a man out of the water who is drowning. And what to do next. This is not the first demonstration. The activity is simple: the Ukrainians began to sink if not twice as often as before. Mainly because of the alcohol. And because I swim far and to unknown places. 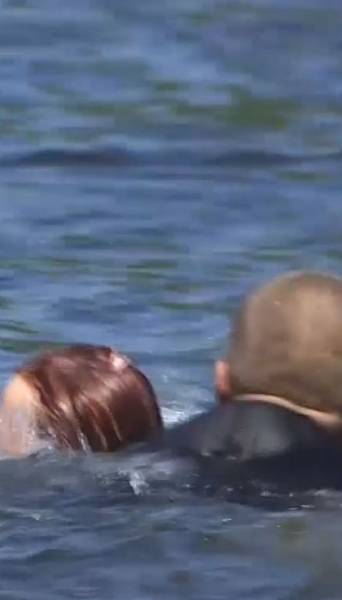 Experts explain that the lion’s share of problems on the water starts at the bathers who drank on the beach. Another reason of tragedies – diving in unfamiliar places not intended for swimming pools. In SSES note that the current mortality rate has increased significantly. “In the capital has killed 47 people. Over the same period last year the figure was 29. Last summer, we have a hot summer began in mid-July, and this summer already 2 may the weather conditions contributed to the fact that people were going to relax on the waters,” – said the press Secretary of the service Svetlana Vodolaga.

Rescuers sound alarm: from the beginning, the waters drowned more than 700 Ukrainians

In Ukraine the statistics is even worse – only 6 of August on the water killed 21 people, and YTD deaths of more than 800.