Stolen in Kiev pug Casper was found by the TSN 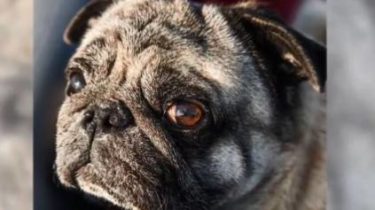 Stolen in Kiev pug Casper was found by the TSN

The dog is returned to the owner.

Pug Casper, which was stolen on the beach in the capital Park of peoples ‘ Friendship, found. The happy news of the foundling, the owner received after the information on television, says the story TSN.19:30.

Marina hugs your pet and recalls with horror the day when 7-year-old dog stolen in broad daylight. According to witnesses, the company of three women drunk called the dog, then the dog was never seen again. Marina put up posters, wrote dozens of posts on social media and appealed to the law enforcement authorities, but only after the story in TSN – she called the stranger. “I was in the police, waited for the footage – I called, they said that they found two days ago in the Leningrad area. They asked who was there, nobody knew whose dog – and they took home,” said the owner.

Four-legged nun, and sweet pumpkin. In Kiev organized a costume parade of pugs

Found Casper on the outskirts of Kiev, a resident of Nizhyn, who works in the capital. On camera she to tell this story refused, and it is said that he called Marina, because I found out his foundling on TV, even though the dog had a collar with the contacts of the owner. Now pug rest a lot and eaten off after wandering. From now on, says Marina, her favorite is to walk only on leash and under supervision. And to those who helped to return to Casper, Marina has promised to give a pug puppy.

Videoconferencia Casper. Pug, who was kidnapped on the beach in the capital, returned to his mistress

Pug dog Casper, who was stolen on the beach in the capital Park of peoples ‘ Friendship, found. TSN talked about this dramatic story two days ago. While were searching for, says the owner, she always called cheaters and that’s after the story Marina received the happy news of the missing. 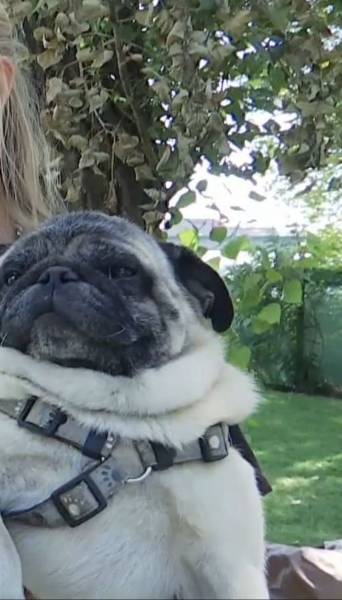