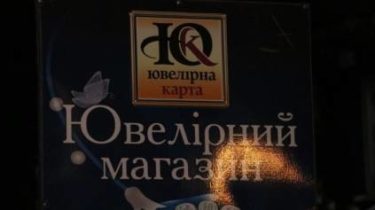 The attackers burned the car and fled the scene.

Became known new details of a daring attack on a jewellery shop and a pawnshop in Kiev.

This writes the Informant.

During the attack, the criminals killed a security guard, robbed the store and fled the scene.

As the witness said of an incident he heard about five shots. And another witness added that he had fired from different weapons – it could be heard.

According to preliminary data, killed the guard in 1961.

Later, the attackers burned the car and fled the scene. Police found in the car package from the jewelry and the gun and the machine gun.

Recall that the incident occurred at about 20:00 at ulitsa Shcherbakovskaya, 45.

According to preliminary data, three criminals in masks broke into a jewelry store. They opened fire on the guard with the rifle and pistol. Next, the gang robbed the store – made jewelry and money.

Also the management of the store reported that the robbers stole the goods and money worth about 5 million.

At the place of work medics and law enforcement officers.

If you have any information about the incident, please call 102.

We will remind that earlier the police of Tashkent, said that the detained criminal group of three citizens of Ukraine, who allegedly tried to Rob the local Bank “Orient Finans”. Three criminals were arrested during attempt to open the safe Deposit boxes of the Bank with the help of special equipment.