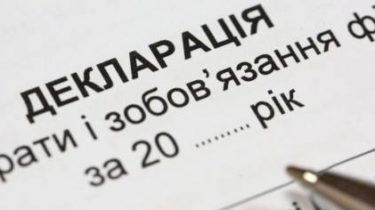 The national Agency for prevention of corruption submitted to the National anti-corruption Bureau 3 a reasonable conclusion about the Declaration of false information people’s Deputy Dmitry Svyatash (parliamentary group “Revival”) and former judge of the Supreme court of Ukraine Alexander Potilical.

About making a decision at the last meeting of the national Agency the press service of the NACP Monday, August 13.

It is established that Dmitry Svyatash in the Declaration for 2015 have not specified one-off expenditure on the purchase of tickets in the amount of 62.4 thousand hryvnia and did not reflect the financial obligations to the Bank in the amount 600,8 thousand euros and 618,4 thousand dollars. These obligations are also not mentioned in the Declaration of the Deputy for the year 2016. In NACP clarify that at the time they were 450,3 thousand euros and 467,5 thousand dollars.

NACP has completed a full scan of the Declaration Poroshenko

Former judge Alexander Podilchak, submitting the Declaration for the year 2016 noted that his wife is the owner of LLC “Legal group “Constanta” with registered capital of 26.2 thousand UAH. has not specified information on the cost of 2 x plots of land owned and the value of which according to the contracts of sale accounting for 43.7 million and 218,5 thousand. In addition, the ex-judge had not declared the income of the wife in the amount of 225 thousand UAH.

Own income in the amount of UAH 530 545 former judge is also not indicated in the Declaration.

NACP has made prescription Grinevich and Director of “Ukroboronprom”

We will remind, the national Agency for prevention of corruption will check the Declaration of the judge of the Kyiv district court of Poltava, Andrei Antonov, who has closed the case against the mayor of Kharkiv Gennady Kernes.

Video”Victory” Pavelko: under NACP held a rally in a soccer match

Activists have erected a makeshift football goals, they put the guy in the mask of Alexander Mangul. On the opposite side of the guy in the mask Andrei Pavelko struck penalty. All strikes twelve – productive. The action was dedicated to the inactivity of NACP in the case of violations of anti-corruption legislation in the part of the President of FFU. Activists believe that Pavelko puts pressure on the NACP. 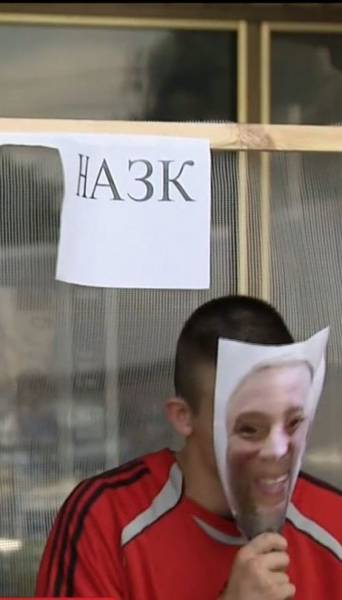