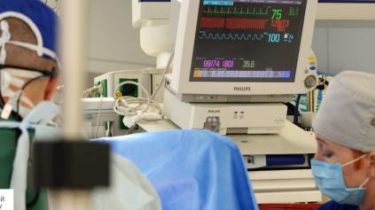 The woman was taken from two posts.

Employee of the National cancer Institute Anna Gubareva, which denied the veteran anti-terrorist operation in the preferential treatment, the second time fired.

About this Facebook said the acting Minister of health Suprun.

“I received an official explanation from the cancer Institute. Immediately after discovery of the incident Gubareva with the veteran, she was fired from both positions that she held the physician and researcher. But 17.07.2018 year 31.08.2018 year was restored to fellowship, to give opportunity to complete research activities. Today it cancelled the contract,” said Suprun.

The Minister noted that she is “outraged by the fact that it took again, hoping that nobody will notice, and fired again in scandal! In addition, since 2008, Gubarev was a member of the independent local ethics Committee of the Institute, where he remained even after the dismissal of the doctor. Despite the fact that it was fired just for unethical behavior! Such a personnel policy of the institutions is unacceptable. From the Ministry of health of Ukraine will take appropriate measures.”

Thanks to the public and the media that drew attention to the situation at the Institute of cancer! Anna Gubareva, employee…