The robbery of a jewelry store in Kiev, and the strongest meteor shower of the year. Five things you might oversleep 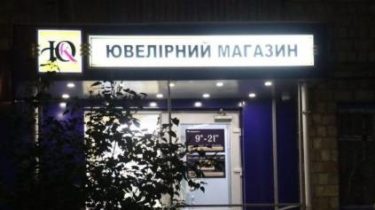 The robbery of a jewelry store in Kiev, and the strongest meteor shower of the year. Five things you might oversleep

1. On Sunday evening, August 12, in Kiev on the street Daniel Shcherbakovsky unknown robbed the store-Lombard. During the robbery they killed the guard. They took jewelry and fled in a dark-blue Peugeot. Read more⇒

2. The criminals who robbed a jewelry store and pawn shop in the city as soon as he went into the room, they immediately carried out the shots (according to preliminary information from rifle and pistol) to the guard. Later in the Internet appeared the footage of the bloody attack, probably from surveillance cameras. Read more⇒

3. The management of a jewelry store in Kiev, which was robbed by three masked robbers, said the robbers stole goods and money worth about 5 million. Now police are looking for witnesses to the crime and asked to report any information about the incident to the line 102. Read more⇒

4. Became known new details of a daring attack on a jewellery shop and a pawnshop in Kiev. As the witness said of an incident he heard about five shots. And another witness added that he had fired from different weapons – it could be heard. Read more⇒

5. In the night of Monday, August 13, the Terrans could see the biggest star of the year – meteor shower Perseid. Now the Perseids light up every night until August 24. Read more⇒