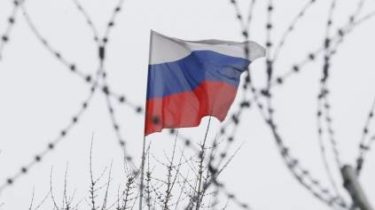 The Minister of justice of Ukraine hopes that the matter will be promptly addressed.

Ukraine will appeal to international partners to impose sanctions against the Russian leadership’s analogue of the “Magnitsky list” because of involvement in the detentions, kidnappings and humiliation of Ukrainian citizens in Russia.

This was stated by the Minister of justice of Ukraine Pavlo Petrenko during a press conference on the theme ”Feeding the new inter-state application against the Russian Federation in the ECHR”, writes UNIAN.

“We will appeal to our international partners with a proposal to form a separate sanctions list similar to the “Magnitsky list”, which is actually a list of those persons who were involved in the kidnapping and deprivation of liberty, abuse and torture against Ukrainian citizens”, – he stressed.

According to Petrenko, now a lot of work is done at the level of diplomatic communication with Russia.

“But this is the first legal document submitted by the Ukrainian government against Russia, which describes the mass violations committed against the Ukrainian political prisoners in Russia, with the specific names involved Russian officials, including senior officials. And it is for us an argument to our international partners about entering additional personal sanctions against the entire leadership of the Russian Federation, which are involved in politically motivated prosecutions,” added the Minister.

Petrenko also noted that from the moment when the lawsuit is filed, Ukraine expects that the European court of human rights will promptly consider this matter.

“We will appeal to this case was identified as a priority, since we are talking about the fate of people who are in a very difficult psychological and physical condition”, – concluded the Minister.

Earlier, Ukraine sent to the ECHR specific names of Russians involved in the illegal detention of Ukrainians. The decision of the ECHR may contribute to a further sanctions against Russia.