In Kiev in the apartment exploded and broke the TV, man 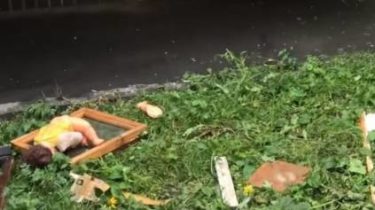 In Kiev in the apartment exploded and broke the TV, man

In Kiev there was a fire with explosions © Facebook/Kiev Operational

Now the exact cause of the fire is established by experts.

In Kiev, in a residential house on the street Valkovska there was a fire with explosions, presumably, TV.

This was reported in the capital of GU gschs of Ukraine.

“On August 14 at 10:09 in quickly-the coordination center of head Department gschs of Ukraine in Kyiv received information about a fire that originated in a 9-storey residential building on the street Valkovska, 5”, – stated in the message.

As it turned out, the fire occurred in an apartment on the 3rd floor.

During suppression of fire firemen using ladders rescued an unconscious man, who was transferred to the medical service workers.

Now the cause of the fire and damage are being investigated by law enforcement.

According to preliminary data, the fire caused an explosion of the old tube TVs at the same time there is a version that they burned during the fire, wrote “Kiev Operational” .

We will remind, earlier in Borispol near Kiev public utilities covered with earth. One of the men has been rescued, the other died.