In Kiev, a mad dog without a muzzle bitten to death bulldog and wounded his owners 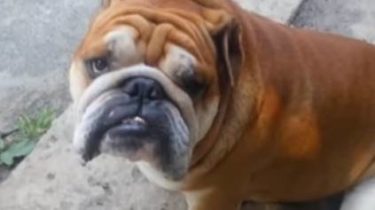 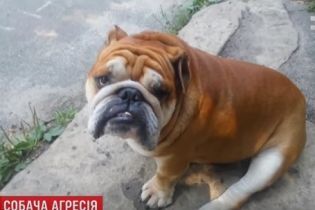 In Kiev, a mad dog without a muzzle bitten to death bulldog and wounded his owners

Walking the dog the drunk woman.

In Kiev uncontrolled dog of combative breed a bulldog and wounded his owners. Obezumevshie animal half an hour could not calm, he did not want to let go of, the mutilated body of the opponent and did not react to a drunken woman who was not only walking without a muzzle, but without a leash. This is stated in the story TSN.19.30.

Olga Kryukova every night with his father was walking another family member – bulldog Mydata. Now come to his grave. Father still can not recover from the experience. Their gentle dog and get along with people and animals, says Olga. However, yesterday during a evening walk is not like the Staffordshire Terrier, which without a muzzle and a collar was walking drunk woman.

“Bite behind the ears, the face, the soft parts of the body to immobilize the dog. And within half an hour my dog died. Omertvlenie the dog was covered with his body, the dog tried to pull out from under me, pet,” – says Olga Kryukova.

The dog is the aggressor Olga tried to take a picture, but his hands too were shaking. However, knew her – seen here before, but with mucinous.

The cynologist with 30-the summer experience Dmitry Kozorez says that the main danger of dogs is the owners. “Compensation of the Napoleon complex – he was small, he gave blows, and he bought a huge Rottweiler, staffa, shepherd and now on all sets. It is socially dangerous people,” he says.

Such situations are best avoided, advises Dmitry – possibly around dogs without leashes. If a dog fight did take place, it is impossible to stretch the participants to avoid lacerations.

“We need to fix the body of the dog one and the other, it is necessary to open the jaws or pulling the inguinal crease to one dog let go, and immediately to delay,” says the handler.

It is the people responsible for the animal’s behavior. With the dog here I agree and the law. However, such cases in Ukraine before the court do not reach, because the lawyer will be more expensive than a punishment. Usually ends up with a fine of 17 to 51 UAH and administrative responsibility.

The police, who called Olga from the death of Midata, the crime is not recognized, and a woman with a dog abuser just walked away in an unknown direction. But Olga is determined to see it to the end and is preparing to file a lawsuit in court.

Staffordshire Terrier without a muzzle and a collar was walking drunk woman. The dog did not like the bulldog, who was walking nearby. Enraged Terrier half an hour could not calm, he did not want to let go of, the mutilated body of the opponent and did not react to the drunk lady. Will do someone for murder – later in TSN. 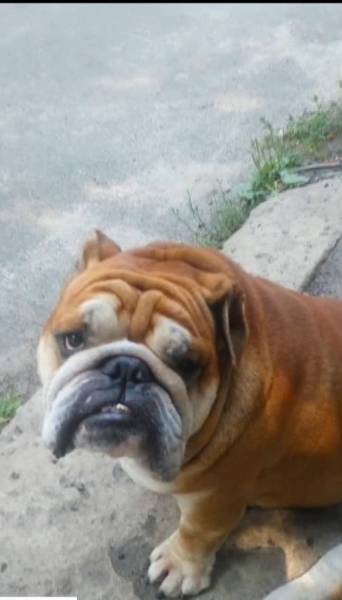