Xena of Mukachevo, Conan from Nikolaev. In social networks laugh at the head of the state administration, which decided to seek Runs 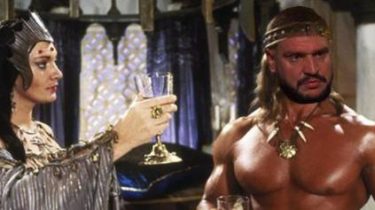 Xena of Mukachevo, Conan from Nikolaev. In social networks laugh at the head of the state administration, which decided to seek Runs

Savchenko impressed with his knowledge of history.

The head of the Nikolaev regional administration Alexey Savchenko believes that scientists can find in the region the Golden Fleece from Greek myth.

He said this yesterday, August 15, during the presentation of the archaeologists at the regional Museum of ancient Greek ritual vessel: it is lifted from the bottom of the kinburnsky braid.

The head nikolayevskoy yeah Alexey Savchenko during the presentation of new archaeological discoveries, the scientists wished to find the Golden Fleece or artifacts of webmanage hero pop culture of Conan the barbarian. #tsnua_news #news #dnia #TSN

“This finding suggests that, maybe, Nikolaev once again prove that it is a historical city. And actually, what happened, it’s not just those times when was Conan, which recalls Arnold Schwarzenegger, our Wild Garden, but also lots that we can show the world. I hope that the next discovery might be something in this crypt, in which was the Golden Fleece, and maybe something else. It has given more tourist appeal of the Nikolaev area. Not only Rybakivka and kobleve,” – said the head of the field.

Nikolayevshchina – the famous historical region, and we have something to show the world! This month members of the international black sea…

The fact that Savchenko mentioned in her speech, fictional characters and mythical artifacts, pretty amused users of social networks.

Savchenko forgot to mention that a direct descendant of Conan is Igor V. Kononenko. So beautiful the story was. And an interesting fact told, and comnow one.

The Chairman of the Nikolaev region Alexey Savchenko tells archaeologists about the time of Conan the barbarian!!! (Conan is a character from the works of American writer Robert E. Howard). In short, the campaign is something that God does not love Ukraine. Just another logical explanation for what I did not find)))) 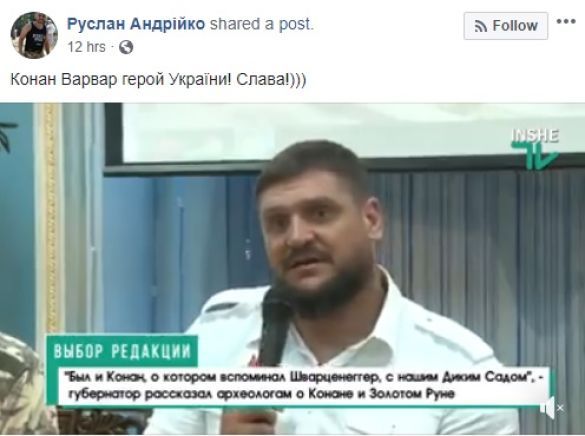 In Facebook decided to stop at the Golden fleece is not necessary, because on open spaces of nikolayevshchina it is possible to find the Spear of Destiny and the Paradise bird Gamayun. 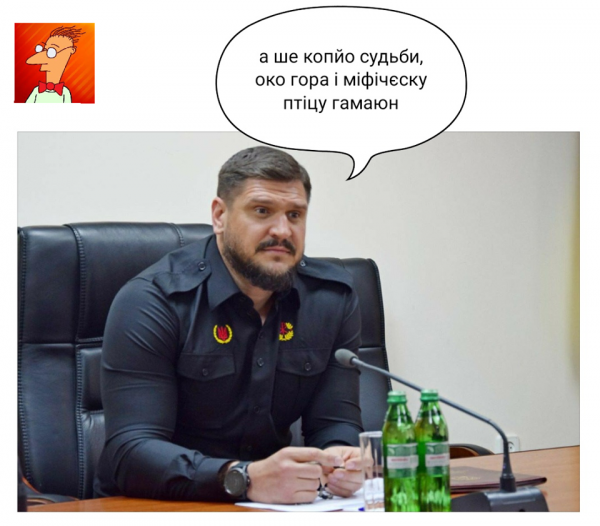 And concluded that Conan was still from the South of Ukraine.

“But CONAN was FROM NIKOLAEV” pic.twitter.com/ln2uJxy7Mg

Conan the barbarian, grabbing the ass of the captive, seeking the Golden fleece in the ancient spaces of nikolayevshchina

Own archive of Pliny the Elder. Color. pic.twitter.com/WONmKZGQhZ

Conan was a lad engine. And the fella Cossack Pretended to use bad provorny, Sassetti od vsih Burlak

Recall Savchenko caught in a scandal during his appointment as head of the field: he made numerous mistakes in the bidding presentation. Journalists on every page noticed dozens of errors. Some expressions from the task of the winner was not immediately possible to understand.

In November last year Savchenko decided to announce a competition for the best verse of his native land. The winner he promised to give iPhone X, who presented to the head of the region. Reporters saw in the situation an analogy with the controversial leader of Chechnya Ramzan Kadyrov, who is also exposed to the competition presented to him on the phone. The only difference is that the verse was supposed to be about Putin.