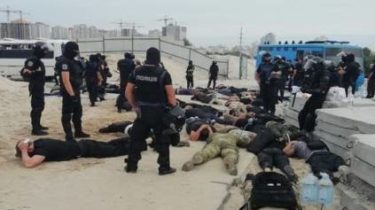 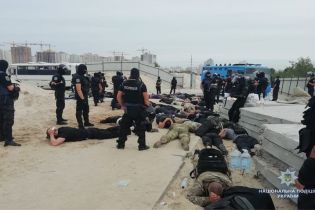 Ukrainians only officially have almost a million “barrels” – the police

Police noticed near the construction site about 80 people of sports appearance. They noticed that men have a different non-lethal weapons, in particular knives and weapons. For preventing provocations and conflicts arrived at the scene, squads of patrol, special forces, the alarm raised the personnel of the territorial Directorate of the National police.

After arrival of militiamen the young people began to disperse, but the police still managed to arrest about 40 people.

“We saw that they have non-lethal weapons – shields, rubber batons and even guns. Them delivered in police Department for conducting a thorough inspection and provide any explanation of their collection at the specified location”, – said acting chief of the National police in the city of Kiev, Viktor Nechytailo.

We will remind, last week – 7 August in Zaporozhye for a few hours have been cut square. A developer who decided to build in its place a shopping center, destroyed 500 trees. Part of the local community for a few months and struggling to maintain the green zone: the latest protests were held with the presence of so-called aunts and resulted in the destruction of the construction fences.