In Kiev in the children’s camp “Pushcha-Vodytsia” poisoned vacationers 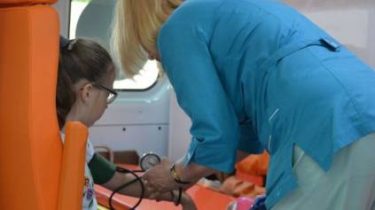 In Kiev in the children’s camp “Pushcha-Vodytsia” poisoned vacationers

Among the victims of an intestinal infection three children and two adults.

In Kiev in a children’s summer school “Pushcha-Vodytsia” poisoned members of the dance club.

About it reported in a press-the centre the Chief of Department of capital Gospodarevskaya.

“15.08.2018 was 5 cases of acute intestinal infections, including 3 cases among children who were in the country Children’s institution of improvement and rest “Pushcha-Vodytsia” of the trade Union of education and science of Ukraine”, – stated in the message.

As noted, 20 of the participants of the dancing group of the Lyceum “Podol” No. 100 and four adults who accompanied them, arrived at the institution August 13, according to the permits acquired through a travel Agency “Fresh”.

“Symptoms of acute intestinal infection appeared 15.08.2018 have 5 people (2 adults who accompanied the children during the holidays, and 3 kids). Children who are sick, lived in a health facility in the same room,” – said the Agency.

According to Gospodarevskaya two children was delivered by carriage to the Kyiv city children’s clinical hospital No. 1, where they were seen by a doctor, conducted a bacteriological examination and at the request of the parents were discharged on the same day. Another child after examination by the doctors, the parents took home, adults also refused hospitalization.

“During the examination, health institutions identified violations of the requirements of the institution for food safety and sanitary legislation, in particular: II, III, IV, V of shift for rehabilitation and recreation for children was opened without the acceptance of the camp (f.318) by the Commission; the additional intake of children is not agreed with the territorial body of Gospodarevskaya; break between shifts for the General cleaning and sanitation is less than two days; the approximate two-week menu has not been agreed by the Department of Gospodarevskaya in Kyiv; not presented data on the health status of persons who accompanied the children in institutions of rehabilitation and recreation camps, and were with them during the holidays; catering facilities spaces are not kept clean; the integrity of flooring in a warehouse for storing vegetables, the floor and walls in the shop processing raw foods; refrigerator for defrosting meat and fish has signs of corrosion; not carried out the control over observance of the humidity in the warehouse for storing bulk products and temperature in the warehouse for storing vegetables; a damaged coating racks for storage of kitchen utensils; no data on training of health personnel regarding the hygienic requirements for the production and circulation of food; not provided information about the compliance of the water used in the production of food products (in process and/or is an ingredient), the requirements of drinking water”, noted specialists of the Department.

In connection with the identified violations were samples of food and swabs from environmental objects for laboratory researches which are ongoing, and the Agency awarded an Order to eliminate violations of requirements of the legislation.

“As 17.08.2018 year sick and suspicious person in a children’s institution of improvement and rest “Pushcha-Vodytsia” is not revealed. Conducting anti-epidemic measures is ongoing”, – summarized in Gospodarevskaya.

Recall that in early July, have 12 children in the camp “Slavutich” in Kyiv was diagnosed with a disorder of the gastrointestinal tract and put into an isolation camp. All of them are pupils of sports school Deryugin, who arrived to prepare for the competition. Most injured 8-year-old girl. She is in a coma, the doctors at children’s hospital “OKHMATDYT” fighting for her life. Now continuing the investigation. In KOGA decided to close the camp “Slavutich” in Kyiv, where poisoned children, as the Commission found numerous violations and abuses in the institution.

Videological girl who got poisoned in camp “Slavutich” and is in a coma, need to punish those responsible

Two weeks in a coma without improvement. Eight-year-old Margot, the heaviest of poisoned in camp “Slavutich”, survived a complex brain surgery, and doctors now refrain from making predictions about its condition. The girl’s parents today for the first time agreed to meet with reporters. Say, are already preparing a lawsuit to the camp, material claims do not ask, require only to punish the guilty. 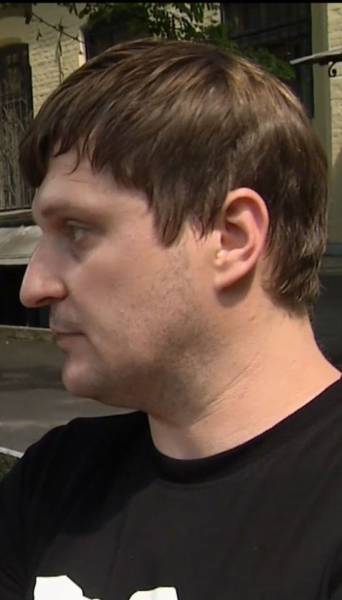