Wanted to kidnap the “find of the year”: a polar bear attacked a camp of researchers for the legs of a mammoth 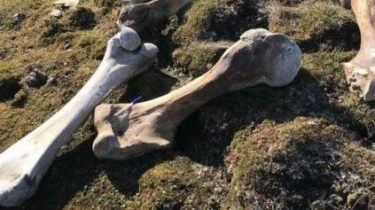 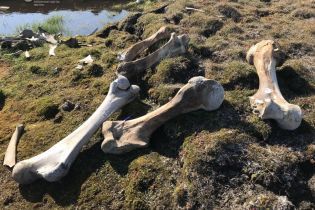 Wanted to kidnap the “find of the year”: a polar bear attacked a camp of researchers for the legs of a mammoth

Scientists were able to “win” a valuable item.

From the camp with Russian scientists in the Arctic, the polar bear tried to steal a frozen leg of a mammoth, which is more than 50 thousand years.

It is reported by British tabloid the Mirror.

In France, for a record price under the hammer left the skeleton of a mammoth

The researchers woke up from a sudden noise in their camp. Seeing what is happening, the Russian scientists could not believe my eyes when I saw how the beast runs away, holding in his teeth the leg of a mammoth.

One of the researchers, Dr albert Protopopov said, “About four in the morning, our researcher Semyon Yakovlev woke up because of the noise. “I looked out of the tent, there was a polar bear. He grabbed and pulled the leg of mammoth teeth, ‘ cried Simon. “We started to make noise, banging, screaming, even several times shot from a pistol, and finally the bear ran off”.

While fleeing bear left leg, which managed to “win”.

This important specimen was found on Kotelny island, received the title of “discovery of the year”. Scientists believe that it was a unique the mammoth, the size is twice less than usual. Also suggest that he could be born in a time when animals began to die out.