In the Bundestag, called on Merkel to demand from Putin the release of Sentsov 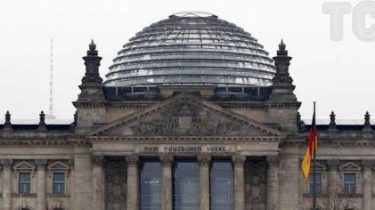 In the Bundestag, called on Merkel to demand from Putin the release of Sentsov

The head of the opposition faction of Germany considers that to continue cooperation with Russia in the “critical mode” is impossible.

The Chairman of the opposition faction of the party “the Union 90/Green” in the Bundestag, Katrin göring-Eckardt urged German Chancellor Angela Merkel during a meeting with Russian President Vladimir Putin to advocate for the release of Ukrainian Director Oleg Sentsov from a Russian prison.

Sentsov’s case shows “how bad things with the protection of human rights under Putin,” said Goering-Eckardt in an interview with AFP news Agency published on Saturday, August 18.

“With all of the need for dialogue with Putin, the German government should not neglect our own values,” – said the head of the parliamentary faction of “Green”.

With the authoritarian Russian President and his corrupt regime can continue to engage in “uncritical normally,” she said.

After the festivities at the wedding of Putin will travel to Merkel. What to expect from the meeting

“Merkel should make it clear that to continue to hold Sentsov as a political hostage is unacceptable. If it is not soon released, it will lead to a significant deterioration of relations between Russia and Europe,” warned the head of the opposition faction.

She called “cruel and inhumane” the fact that Sentsov “after a legitimate criticism of the illegal Russian occupation of Crimea” was convicted “on a trumped-up case” to 20 years in prison in Siberia. Katrin Goering-Eckardt also added that Merkel should explain to the Russian President that “European sanctions can be eased only after Putin will end the military aggression against Ukraine and will implement the Minsk agreement”.

Angela Merkel will meet with Vladimir Putin in the Meseberg castle – the residence of the German government, located 70 kilometers North of Berlin – on the evening of 18 August. The main themes of negotiations of leaders of two States will be the conflict in Syria and the situation in the East of Ukraine, and also questions of cooperation in the energy sector.