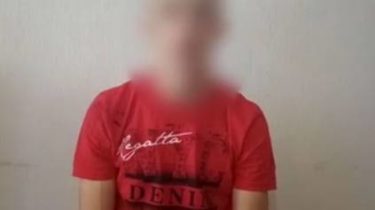 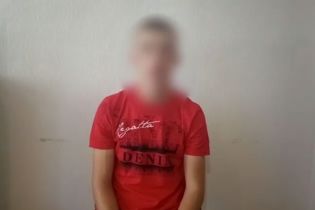 The detainee is cooperating with the investigation.

Employees of military counterintelligence of SBU and employees of the Bakhmut Department of police exposed and arrested a former militant groups “DNR”, who has joined an armed formation in 15 years.

This reports the press center of the headquarters operations of joint forces.

Law enforcers found that in 2014 high school student joined the rebels and got a machine, which had served at the checkpoint and patrolled the streets of the city of chasiv Yar. With his accomplices the detainee was identified Patriotic locals and as “violators of the curfew” was taken to “headquarters DND”.

When ore was liberated by the Ukrainian military, the guy left the ranks of the militants, and for some time left the city.

Now the detainee is cooperating with the investigation, against it the criminal proceedings for “the creation of extralegal paramilitary or armed groups”.

Recall, the military counterintelligence found in the ranks of the armed forces of the military, who in 2014 joined the ranks of the militants “DNR”. A native of Kherson region in 2014 went to relatives in chasov Yar of Donetsk region, where he entered the service in the headquarters of the “DND”. In July 2014, with the beginning of the liberation of the Ukrainian cities from Pro-Russian gangs, the detainee left the service in the “militia of new Russia” and returned to Kherson. Subsequently, to avoid punishment, the guy privavcy of mobilization to the Armed forces of Ukraine and further concluded the contract on passage of military service.