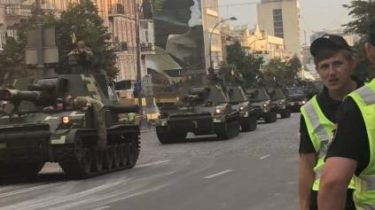 In the capital will be another rehearsal and the actual parade itself.

To the Khreshchatyk and the Maidan Nezalezhnosti in Central Kiev, the ongoing rehearsal of the military parade.

About it from a place of events the correspondent TSN Alexander Country.

On the street already passed a column of military equipment passed the military and in the sky flying planes.

Meanwhile, the streets around downtown during rush hour petered out in continuous traffic jams, reports journalist Anna Bock. Drivers EN masse to complain that the city lacks any announcement of the detour. The roads are just traffic cops, but often in places where from the mash to leave is simply impossible. Drivers complain that traffic controllers had to be set even for the quarter before the blocked streets, so you can take a detour and not get stuck.

On the announcement of the overlap, they generally do not exist on the streets. Although in many countries they hang a month before the ceiling. Law enforcers say that such ads are. Sure – the Internet. Some Kiev drivers complain that the Internet just not use it.

Following the parade rehearsal is scheduled the evening of August 22. Actually the parade will be held on the independence Day of Ukraine, 24 Aug.

Videopo the streets of Kiev, drove tanks during preparations for a military parade 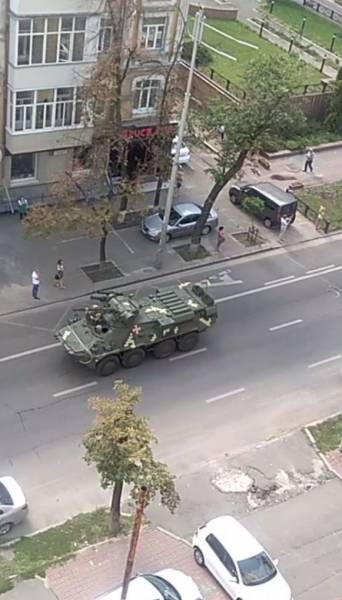