The day passed without casualties among the Ukrainian military. The situation in the Donbass 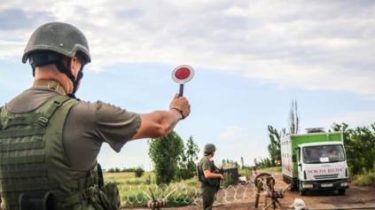 The day passed without casualties among the Ukrainian military. The situation in the Donbass

Sunday, August 19, in the Donbas , the militants 20 times opened fire on positions of Ukrainian troops, heavy weapons are not used. There were no losses.

“Russian occupation troops were aimed fire from rocket-propelled grenades, heavy machine guns and small arms, and in some areas from APCS. Enemy shelling was carried out by the defenders of the Crimean, Katerinovka, Lugansk, southern, Iron, Zaitsev, Novoselivka Druha, Gnutovo, Pavlopol, Lebedinsky, Water, Shirokino. Also near Katerinovka the enemy used infantry fighting vehicle,” reads the summary of the press center of the joint forces.

For Monday, from midnight until seven in the morning, militants from rocket-propelled grenades and small arms three times fired at positions of the Ukrainian military in the area of Shirokino and Lebedinsky. There are no losses.

According to the Ukrainian intelligence, two militants were injured.

Meanwhile, the UN called on the world to protect the civilian population of Donbass.