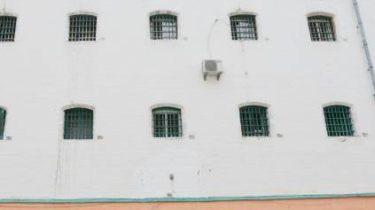 According to unconfirmed reports, the man was beaten to death odnoklasnik.

In Kiev, in Lukyanovka pre-trial detention was found dead one of the prisoners.

About it reports “observer” with reference to own sources.

As noted, the incident occurred on August 18, however, it has become known only now.

According to preliminary data, the man was killed by his odnoklasnik, the tragedy occurred in the cell where the detainees or convicts with mental disorders. It is also reported that the inmate smashed his head with a lump of wood with nails.

Now all circumstances of the tragedy are established, criminal proceedings are opened.

Dnia information about the murder in jail is not yet confirmed.

We will remind, recently accused the former fighters of a specialcompany of militia “Tornado” staged a rebellion against the convoy of Lukyanovka jail. The detainees resisted and barricaded himself in the chambers of the insulator. Their transfer had to involve the National guard. For assistance to ex-fighters of “Tornado” in the organization of the revolt will be punished two employees of Lukyanovka jail. During the riot injured worker Lukyanovka jail.