In Kiev will extend the work of transport, but close to the Central metro station on Independence Day In Kiev will extend the work of transport, but close to the Central metro station on Independence Day

Kyiv city state administration has decided to extend the work of the underground and urban transport on August 24. It will run for two hours in connection with the celebration of the Independence Day of Ukraine.

“Also on August 24 since the beginning of the work and until the completion of the festive events in the city centre will be temporarily closed the entrances and exits of metro stations “Maidan Nezalezhnosti” and “Khreshchatyk” on the street. Note that at this time the station “Independence square” will work as a hub with the line to line,” – said in the KSCA.

As reported, on August 22 in Kiev again there are large traffic jams due to the rehearsal of the military parade. While the center is preparing for the holiday, the town was again blocked. The traffic in the centre, on the Avenue of Victory and hem. This will continue until almost midnight, yet disperse latest tech.

Videocreate thunders: streets blocked off for the dress rehearsal of the military parade

On Khreshchatyk soldiers March in dress uniforms. And on Trukhaniv island in the Dnieper, and will be trained to give the salute. For rehearsals 15 hours began to block traffic through the center of Kiev. 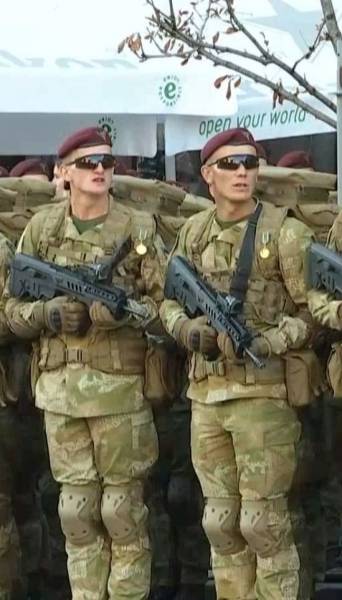