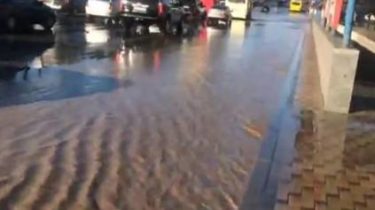 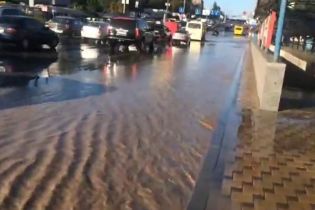 Under water the sidewalk and roadway.

Today, August 22, in Kiev there is a breakthrough pipes with hot water on the Boulevard of Friendship of peoples in the metro area.

Video of the incident was published by the Village of Ukraine. The sidewalk and roadway is flooded, water flows in underground passages.

The good news: On the Friendship of the people there is hot water
The bad news: She filled the whole street pic.twitter.com/oLiqakOOvU

We will remind, today in Kiev again stuck in massive traffic jams. The most difficult areas in the city centre, where the rehearsal parade for Independence Day.