SBU conducted searches in the offices of the company “OKKO” 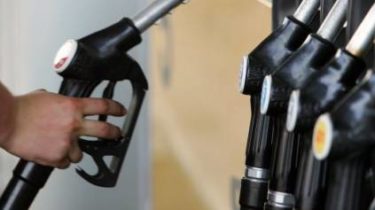 SBU conducted searches in the offices of the company “OKKO”

The company announced a formal briefing.

PJSC “Concern Galnaftogaz” that controls a network of filling stations “OKKO”, promised to clarify the information about the searches of the security Service of Ukraine, which probably was held in the offices of the company on 21 August.

About it in the comments TSN.ia said the representative of the company Yaroslav Polyakov.

“We have decided that we will have a press conference on this topic. Today at 15:30 in the press center “Ukrainian news” we explain the situation and announced its official position. Prior to that, from comments abstain,” said she.

Earlier media reportedthat the police conducted searches with seizure of documents and equipment in the premises of the Lviv and Kyiv offices of PJSC “Concern Galnaftogaz”.

It was noted that the searches of the Lviv office of the company has been completely de-energized.

According to one source, the company suspected of financing of terrorism.

“Like SBU found evidence of the operation of the network in the occupied Crimea and uncontrollable parts of Donetsk and Lugansk regions”, – said the source.

We will remind, in August of 2017, it became known that the network of petrol stations of Ukrainian brand “OKKO” continues to work in the occupied Crimea.

Earlier it was reported that the Antimonopoly Committee of Ukraine fined the network of filling stations for the fact that in August 2017, they simultaneously raised prices for liquefied hydrocarbon gas (motor fuel), but the reason for the rising prices was not there.