In Donetsk pasted greeting postcards to the independence Day of Ukraine 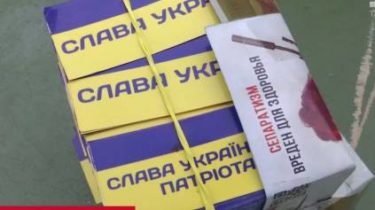 In Donetsk pasted greeting postcards to the independence Day of Ukraine

The Ukrainian underground in the city recalled his vivid action.

In a controlled Pro-Russian occupiers in Donetsk there were leaflets with congratulations to the Independence Day of Ukraine. It is reported by the Radio Liberty project Donbass.Realities.

Local residents have circulated a photo confirming the existence plastered with blue and yellow posters in different parts of the city. In particular, the leaflets appeared at the building of the Kalinin district Executive Committee, on the Boulevard Shevchenko, near the shopping centre “Amstor” and so on.

Also in Donetsk, Pro-Ukrainian symbols appeared in the other uncontrollable Ukrainian power cities, for example, at the entrance to the mining and Yenakievo, near the mine “Svyato-Andreevskaya” near the settlement Zhdanovka hung Ukrainian flags.

Videoo, Lviv started the marathon of writing letters to political prisoners of the Kremlin

The Museum of terror have gathered about fifty students. First listen to the history of political prisoners, and received instructions to write a politically neutral and always in Russian, the letters passed to a prisoner by Russian special services. According to the estimates of human rights defenders in the Russian prisons are at least 64 Ukrainians arrested for political reasons. 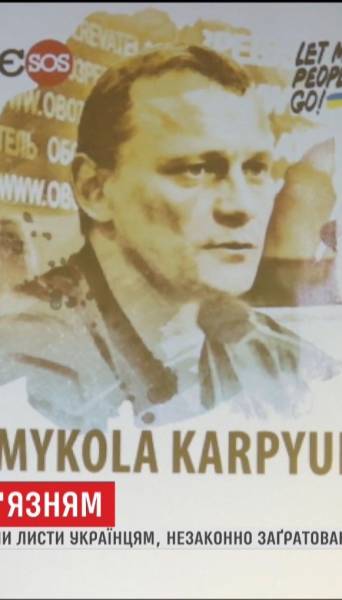