Noise, noise and drunken antics. As high-rise residents are struggling with the construction of restaurants nearby 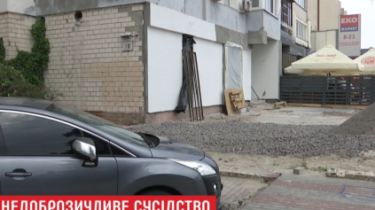 Noise, noise and drunken antics. As high-rise residents are struggling with the construction of restaurants nearby

Obolon people succeeded in stopping the construction of the institution.

Noise, noise and drunken antics – such is the life of the inhabitants of the houses near where he settled, cafes and restaurants. And all this on the local area, where there should be green area and playgrounds. By law, the opening of such institutions should coordinate with residents, but in practice no one does. In some cases, their own mind has to fight.

On Obolon embankment in Kyiv businessmen decided to open a restaurant with a summer terrace. Amateur video shows residents defend their local area.

A year ago, they already survived one fire. Here was another institution with a site. The permissions in the then owners were not. After the fire destroyed everything at this place for another entrepreneur is planning to open another restaurant.

“We, all the residents evacuated at five in the morning on the street because of heavy smoke. We are afraid of repetition, we fear for their lives”, – says a resident of house 18-G in the street Heroes of Stalingrad Hope bullfinch.

They have brought building materials. Residents of the house ask the owner to show the permits that he has the right to occupy this territory, he reacts aggressively. Conflict on the telephone removed husband of Hope. Her attempts to shoot the owner of the future restaurant, she said, ended with a broken mobile and threats.

Permission for the construction businessman not have shown even to the police, claimed only that he’s got it.

Noise, noise and drunken antics, the life of inhabitants of houses who have settled in the cafes and restaurants. And all this on the local area, where there should be green area and playgrounds. By law, the opening of such institutions must be approved by the tenants of houses, but in practice no one does. 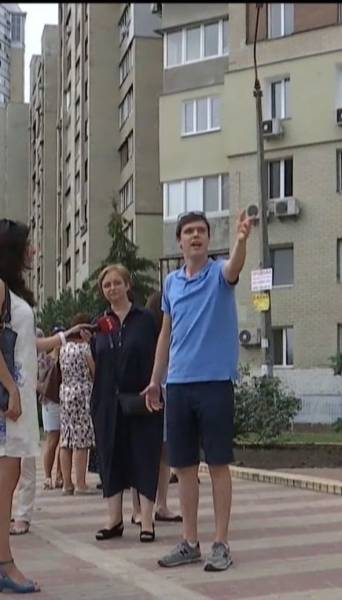 By law, the opening of any place in a residential home and the use of territory must be agreed with the tenants. And at least half of them must agree with this. In this case, the owner such consent not received.

That the construction was illegal, TSN confirmed and in Department of urban development. But the restaurant owners say, work ahead.

“Everything in the process, in our country, you know, quick to make resolution impossible. We don’t build anything. Here, only the materials are,” says the owner of the first floor Oksana Dobrovol’skaya.

Obolon quay – a prestigious district of the capital. And attached cafés and restaurants, instead of a green zone, which is provided by the master plan, there is almost in every high-rise building.

Cafe immure even the fire passes. This spring burned another restaurant establishment.

“There was a fire in this place, and fire are unable to drive. Look what we have burned down the pipe. This waterfront travel is impossible,” – says a resident of house No. 14-B, Heroes of Stalingrad Antonina Sinelnik.

Their local area residents while defending. New restaurant site started to work the utility, they say, is that there will be a green zone.