Military parade of independence. How was the main event of the day 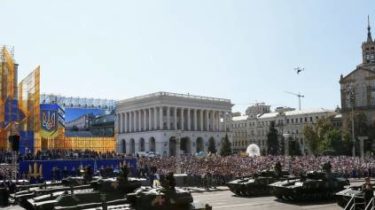 Military parade of independence. How was the main event of the day

The biggest, most ambitious and the most solemn Day parade Independence was prepared for two months. Viewers flooded everything. Ukrainians showed multiple rocket launchers “willow” and “Alder”, a missile complex “Sapsan”, self-propelled howitzer “Bogdan”. The hearts of the audience won girls in uniform and thousands of people lifted their heads to better see for the first time in nine years, a parade of aircraft in the sky.

Howitzer near the metro, rocket launchers round of coffee. Two hours before the start of the parade. Military ceremonial and self-confident: “we will Have the best parade.” On the breast of medals, for participation in the upcoming parade.

Parade participants from different regions and know exactly what obstacles they will look out for the family.

Before the military parade so carefully still never prepared. Last week three dress rehearsal on Khreshchatyk and in the end the final.

Videotiny military, the fighters and the audience on poles: in Kiev held a parade for Independence Day

The biggest, most ambitious and most festive! Parade on the Day of Independence was prepared for two months. The hearts of the audience won girls in uniform and thousands of people lifted their heads to better see for the first time in 9 years, the parade of aircraft in the sky. 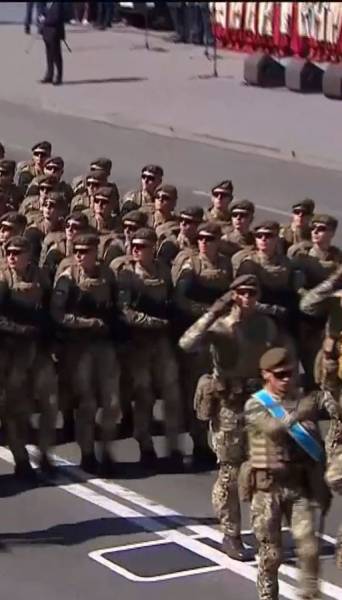 Students, soldiers of the land forces, Marines, sailors, Marines, scouts, signalmen, guards. In each of the parade participants in the war in the East.

For the first time on the Maidan of Independence marching women in uniform. The audience from the beauties in awe.

Khreshchatyk in the smoke is Ukrainian tanks.

The current parade and a record number of new modern equipment. Some samples heavy weapons are still being tested on the ranges.

For the first time in the last 9 years in the sky over downtown flying military aircraft. First – the helicopter with the flag, then – transporters, fighters, attack planes, bombers. Thousands of heads simultaneously turn up up.

Two hours and a military March is over. On the main street traffic of people, but the audience was happy.

More details see in the story of the Nagorno Natalia and Igor Bondarenko.